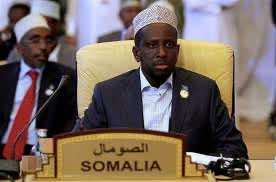 Somalia’s Transitional Federal Government (TFG) should ensure that its military court respects basic fair trial standards, and should immediately halt executions, Amnesty International and Human Rights Watch said on Friday. The TFG should also prohibit trials of civilians in the military court, the organizations said. The transitional government’s international partners should firmly object to these serious human rights violations at the upcoming consultative meeting in Mogadishu.

Military trials under way in Mogadishu raise serious human rights concerns, Amnesty International and Human Rights Watch said. The military court functions with no guarantee of basic fair trial standards. On August 22, 2011, two government soldiers convicted of murder by the military court were executed, with no opportunity to appeal as is required under international law. On August 29, the court sentenced two defendants to death for allegedly intending to sell ammunition to al-Shabaab, the armed Islamist group that controls much of the country. Sources reported that one of the defendants was a female civilian, was asked only one question by the court during the short hearing, and did not have legal representation.

“Unfair trials and executions are no answer for lack of accountability in Somalia, no matter how politically expedient the TFG may find them,” said Daniel Bekele, Africa director at Human Rights Watch. “Upholding fundamental rights including fair trial guarantees is key to moving forward.”

On August 13, the TFG president, Sheikh Sharif Sheikh Ahmed, declared a state of emergency in areas of Mogadishu vacated by al-Shabaab, including Bakara market and camps for internally displaced people. The emergency decree, signed by the president but not approved by parliament, grants the military court greater power – notably jurisdiction over all abuses committed in areas under the state of emergency – raising concerns that by default this gives the military court jurisdiction over civilians.

International human rights standards are clear that civilians should not be prosecuted before military courts. Article 57 of Somalia’s Transitional Federal Charter stipulates that military courts should have jurisdiction only over military offences committed by members of the armed forces, whether during war or peacetime. Moreover, there are civilian courts in Mogadishu.

Cases before the TFG’s military court have failed to respect fundamental fair trial rights, such as the right to present a defense and the right not to be compelled to testify against oneself. In cases where people face the death penalty, international human rights standards are clear that the required fair trial safeguards go above and beyond those which must be afforded to those facing criminal charges generally. This includes the right to appeal and seek pardon or commutation of sentence.

“President Sheikh Sharif should prohibit the TFG military court from trying civilians and strengthen civilian courts,” said Michelle Kagari, deputy director for Africa at Amnesty International, “He should also immediately intervene to ensure that the two defendants sentenced to death on 29 August are not executed.”

Amnesty International and Human Rights Watch have repeatedly condemned al-Shabaab’s public killings of real or perceived opponents and persons they accuse of offenses under Shari’a law, after summary “proceedings” without any due process.

In May, the TFG made a commitment during the Universal Periodic Review at the United Nations Human Rights Council to consider introducing a moratorium on executions. But since the emergency decree was issued on August 13, the military courts have sentenced four people to death, including a civilian, and two TFG soldiers have been executed.

The TFG established the military court in 2009. At least seven people, according to credible civil society sources, all members of the transitional government’s security forces, have been executed after having been convicted by this court.

Amnesty International and Human Rights Watch unequivocally and totally oppose the use of the death penalty in all circumstances.

“The TFG should keep its promise and impose a moratorium on executions,” Michelle Kagari said. “In a country where killing is omnipresent, it is vital to step away from a culture where death is seen as the answer.”

From September 4 to 6, the TFG and international agencies and states will meet in Mogadishu to discuss a “road map” for the last year of the TFG mandate, which expires in 2012. Efforts to improve the human rights situation and enhance the rule of law should be priorities, Human Rights Watch and Amnesty International said.

“International supporters of the TFG need to make clear that the TFG, as its mandate enters its last year, should respect its commitments to human rights,” said Bekele. “Donors should support efforts to re-establish the rule of law in Mogadishu and tackle the culture of impunity.”