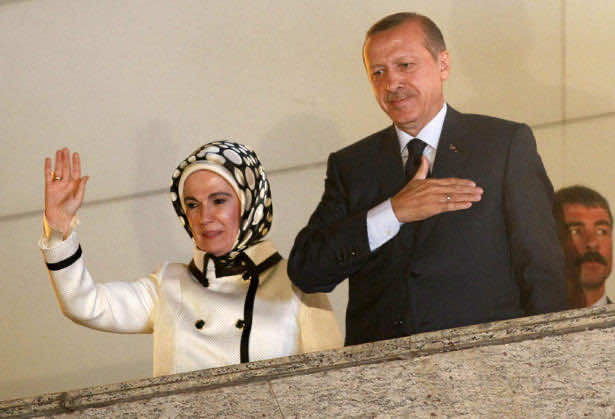 Although he died more than seven decades ago, the image of Turkey’s founding father, Mustafa Kemal Ataturk, still adorns key chains and government buildings in Ankara. But in the Middle East today, it is another, less secular, Turk who is stealing the show.

Prime Minister Recep Tayyip Erdogan, a practised juggler of the region’s many conflicting passions, might be the most admired leader from the Atlantic coast of Morocco to the border of Iran. The 2011 Arab American Institute poll on Arab attitudes, conducted by The National columnist James Zogby, showed that Mr Erdogan’s policies were the most widely admired in the region, although Saudi Arabia’s King Abdullah won slightly higher marks in Kuwait and Egypt.

Mr Erdogan’s assumption of the mantle of leadership in the wider Middle East has reversed a century of decline in Turkish influence, dating to the collapse of the Ottoman Empire in 1918. This is no coincidence. In recent years, Ankara has charted a much more independent course in foreign policy, led by the foreign minister Ahmet Davutoglu, whose doctrine of “no problems with Turkey’s neighbours” provides a justification for closer ties with Iran and the Palestinian movement Hamas than erstwhile allies like the United States and Israel might prefer.

But the Arab Spring has brought problems to the fore. In some ways, Turkey has found it even harder to turn its back on friendly despots than Washington has. In Libya and Syria, in particular, Turkish policy verged on the bizarre in the early days of the unrest. It’s opposition to a “no fly” zone over Libya, even after the normally quiescent Arab League demanded one, perplexed admirers of Mr Erdogan.

While Turkey ultimately became a leading donor of money and humanitarian assistance to the Benghazi-based rebellion, the initial missteps hurt Mr Erdogan’s standing in some countries.

Turkey also prevaricated horribly on Syria, even as Mr Al Assad’s tanks drove civilian refugees over its border. Here, dealing with a close neighbour, the dilemmas have been even sharper. While Turkey eventually demanded publicly that Mr Al Assad halt his violent repression of protesters, it fears that a deeper civil war inside Syria could unleash waves of refugees into Turkey, inflame the simmering Kurdish conflict and even prompt Iran to take a stronger hand in support of the Alawite Syrian regime.

“As a result, at a moment of unprecedented regional change, when people power and democracy are sweeping the Middle East, the Turks look timorous, maladroit, and diminished – not at all the regional leader to which Ankara has aspired,” said Steven Cook, a scholar on Turkish and Arab dictatorships and fellow at the US Council on Foreign Relations.

Ankara clearly covets a major role in brokering peace in the region – before the recent uprisings, it tried repeatedly to arbitrate a deal between Mr Al Assad’s Syrian government and Israel over the Golan Heights. In an Arab perspective, if Turkey had been able to host talks between Israelis and Palestinians, it would have shown that the US was not regarded as a fair mediator.

From a US standpoint, Turkish intervention should be welcomed. But the policy-making community in the United States remains almost as intractable as Israel’s when it comes to absorbing the long-term implications of the Arab Spring. The diplomatic path with Israel is now apparently blocked because of the row over the 2010 flotilla raid, but Ankara could still emerge as an important broker of Middle East peace in the region.

Indeed, an alliance of US and Turkish diplomacy could pave the way for a more realistic approach on Iran’s nuclear programme. UN sanctions and other unilateral moves aimed at pressuring Tehran are not enough, given high oil prices that buoy Iran’s economy.

Turkey already tried, in partnership with Brazil in 2009, to broker an agreement with Iran on uranium enrichment. It failed largely because of US opposition. Forging a real joint Turkish-American approach could break the deadlock.

In terms of economic development of the region, Turkey has the industrial capability, skilled native labour force and sophisticated banking sector able to turn Gulf money flows into facts on the ground in the forms of new infrastructure.

Its growing economy and world-class construction and engineering firms, coupled with investment from Saudi Arabia and other Gulf states, could remake countries where roads, railways and housing are still relics from the French, Italian and British period a half century ago.

None of this would be simple. Turkey’s spat with Israel and independence on foreign policy issues has earned it enemies in the United States and Israel, and reconciliation would raise opposing suspicions in the region.

Yet down the road, drawing Turkey deeper into the politics of its former empire would be essential to create a lasting security structure to keep the peace as US power wanes and other interested players, from China to India to the oil-thirsty EU, move to secure the region’s vital resources.

With Washington’s help, along with Cairo and possibly Riyadh, the Turks could help to create the first truly regional collective security system in the Middle East. US policymakers appear to have given little thought to this possibility so far.

History shows that leaving such details to chance invites chaos as a once-dominant power begins to focus on other priorities. Unless US taxpayers sustain the current constellation of military bases and naval flotillas in the region, a new regional order will emerge.

Today, Turkey, alone among the Middle East’s larger powers, is focused on the wider world rather than internal unrest. Its stronger stance on the international stage could help to ensure a generation of progress – if only the United States and regional powers have the courage to allow it.