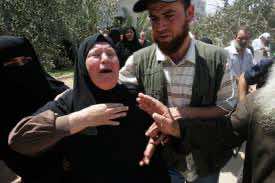 US government officials have been well aware of Israel’s harsh methods of dealing with peaceful protests in the occupied Palestinian territory of West Bank for quite some time, according to a recently leaked WikiLeaks diplomatic cable.

A cable from the embassy in Tel Aviv from February 16, 2010, titled “IDF plans harsher methods with West Bank demonstrations”, reveals a premeditated effort by the Israeli army to use force against peaceful demonstrators in the West Bank.

In the cable, the US ambassador to Israel noted that government officials considered any rally as grounds for use of military force.

In a meeting held between US officials and Avi Mizrachi, head of Israel’s central command, the latter warned  the Israeli army will be more assertive in how it deals with West Bank demonstrations and will start sending trucks “with ‘dirty water’ to break up protests, even if they are not violent”.

As the US cable pointed out, “dirty water is a reference to the IDF’s chemically treated water that duplicates the effects of skunk spray”.

Months before this cable was written, Al Jazeera’s Jacky Rowland was in the cross hairs of such an attack when covering a weekly protest in the West Bank.

In the document Amos Gilad, Israel’s director of policy and political-military affairs, is quoted as saying: “We don’t do Gandhi very well.”

Speaking in the context of the WikiLeaks revelations, Al Jazeera’s Clayton Swisher said: “Just three weeks ago a bill was raised in the US congress by Senator Patrick Leahy to cut funding of Israeli military units engaged in documented human-rights abuses.

“Clearly, this would fit the bill, although anyone knowledgeable about American politics would tell you it stands very little chance of surviving a vote that would make it become a law.”