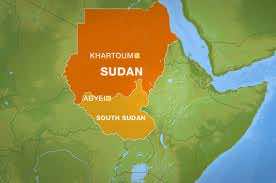 Sudan demanded on Sunday that the southern-aligned Sudan People’s Liberation Movement (SPLM) cease operations in the country, stoking tensions with the newly independent south after fighting flared in border areas.

The SPLM, the south’s dominant party, said this amounted to banning the group.

“There is no party that is called the SPLM in Sudan and it has no right to carry out political work because it is illegal,” Rabia Abdelati, adviser to the information ministry, told Reuters in Khartoum.

“Carrying out any activity is considered a crime punishable by the law.”

SPLM’s northern wing, SPLM-N, fought with the south before a peace deal in 2005 that led to South Sudan’s independence in July. It has supporters in Sudan, particularly in areas along the border.

Khartoum blames the south and the SPLM for violence in the Blue Nile and South Kordofan states as well as other areas along the boundary where fighting since Thursday has killed more than 20 and driven many from their homes. SPLM officials say Khartoum is to blame.

Security officials told SPLM members the government was banning its political activities, according to a senior SPLM official in Khartoum late on Saturday. He said security forces had taken control of the SPLM’s main Khartoum office.

On Sunday, SPLM-N Secretary-General Yasir Arman said Sudan’s ruling National Congress Party (NCP) “has banned the SPLM as a political party and arrested many civilian leaders of the SPLM.”

“Their main objective is to destroy the SPLM in the North. They see us as a threat,” Arman said.

“The SPLM has no more political space left. It is under attack in South Kordofan and Blue Nile so the NCP is sending a message that the only option is war.”

Analysts say Sudan’s government in Khartoum is trying to strike against the rebels in South Kordofan and Blue Nile before they become a serious political and military threat. The fighting risks drawing South Sudan into a proxy war.

The Sudanese government declared a state of emergency in Blue Nile state on Friday, sacked the governor who was a member of the SPLM-North and appointed a military ruler in the area.

Peter de Clercq, a spokesman for the United Nations refugee agency (UNHCR), said a UNHCR team estimated that more than 20,000 people had crossed into Ethiopia from Kurmuk, one area of Blue Nile state where fighting has flared.

“From al-Damazin (Blue Nile state capital) we understand that significant numbers of people are leaving, trying to head north to Khartoum,” he said, without giving numbers.