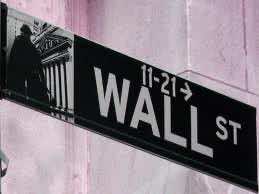 If the broad post-World War II prosperity that has endured for six decades comes to an end, both the United States and Europe will be responsible. With rare exceptions, politics has become a discredited profession throughout the West. Tomorrow is always treated as more important than next week, and next week prevails over next year, with no one seeking to secure the long-term future. Now the West is paying the price.

President Barack Obama’s instincts may be an exception here, but he is fighting powerful hidebound forces in the United States, as well as a demagogic populism, in the form of the Tea Party, that is far worse – and that might defeat him in 2012, seriously damaging the United States in the process.

The United States’ friends around the world watched with dismay the recent brawl over raising the federal government’s debt ceiling, and the US congress’ inability to come to anything like a balanced and forward-looking compromise. On the contrary, the outcome represents a significant victory for the Tea Party’s minions, whose purpose seems to be to reduce government obligations and expenditures to a bare minimum (some object even to having a central bank), and to maintain President George W Bush’s outrageous tax breaks for the wealthy.

The United States’ current fiscal problems are rooted in a long period of unfunded spending. Bush’s wars in Afghanistan and Iraq, and the manner in which he conducted the “global war on terror” made matters much worse, contributing to a totally unsustainable situation. Indeed, Obama inherited an almost impossible legacy.

In the weeks since the debt ceiling agreement, it has become increasingly clear that good government might be impossible in the US. The coming months of campaigning for the US presidency will be spent in petty brawling over what should be cut. The example of recent weeks gives us no cause for optimism that US legislators will rise above partisan politics and ask themselves what is best for America.

In these circumstances, it is not surprising that financial markets have returned to extreme volatility. The expenditure cuts mandated by the outcome of the debt-ceiling debate will reduce economic activity, thereby undermining growth and making debt reduction even more difficult. Providing further fiscal stimulus to boost economic growth would carry its own risks, owing to the debt ceiling and another, more ominous factor: the US is already overly indebted, and there are signs that major holders of US government securities are finally tired of being repaid in depreciated currency.

Most importantly, China’s call for the introduction of a new reserve currency stems from its frustration with the failure of major governments – whether in the US or Europe – to govern their economic affairs with realism and good sense. China recognises that the US is in great difficulty (indeed, it recognises this more clearly than the US itself), and that, given the poisonous political atmosphere prevailing in Washington, there will be no easy return to good government, economic stability, and strong growth.

US leadership in world affairs began to weaken with the unilateralism of Bush, and today’s economic problems are reinforcing this tendency. To reverse the United States’ decline, Obama needs bipartisan support for his (quite mainstream) policies, but so far the US congress has shown no stomach for a principled approach to its legislative duties.

If Germany’s half-hearted efforts to stabilise Europe somehow turn out to be successful, the US position will be further eroded, and central banks around the world will begin to regard the euro once again as a reliable alternative to the dollar as a reserve currency. The alternative, as China has suggested, would be to develop a new reserve currency.

These realities represent a power shift of a kind that we have not experienced in our lifetimes. China’s economic power over the US is now substantial, and will limit not only US influence in the financial markets, but also its capacity to use military power.

If this forces the United States back towards what the international-relations scholar Joseph Nye calls “soft power and multilateral diplomacy”, it may well be a good thing. But such approaches are anathema to the US Republican Party, and to its Tea Party faction in particular, and they might unnerve the many Asians who are nervous at China’s growing military might.

The counter-argument – that any sell-off or failure by China to continue to buy US government securities would hurt China as much as the US – is not valid. As each year passes, China’s markets expand worldwide, and its domestic market comes to represent a greater percentage of its own GDP. As a result, China will not need a strong dollar in the long term. Americans need to get their economic house in order before China loses its incentive to support the dollar.

On several occasions in the post-WWII period, the US has learned with great pain that there are limits to the effective use of military power. US objectives could not be achieved in Vietnam. The outcome in Iraq will not be determined until the last American troops have been withdrawn. In Afghanistan, where withdrawal dates have already been set, it is difficult to believe that a cohesive unified state can be established.

As the efficacy of military power is reduced, so the importance of economic power grows. Recognition of these central realities – and bipartisanship in addressing them – is critical for America’s future, and for that of the West.

Malcolm Fraser is a former prime minister of Australia.

A version of this article first appeared on Project Syndicate.