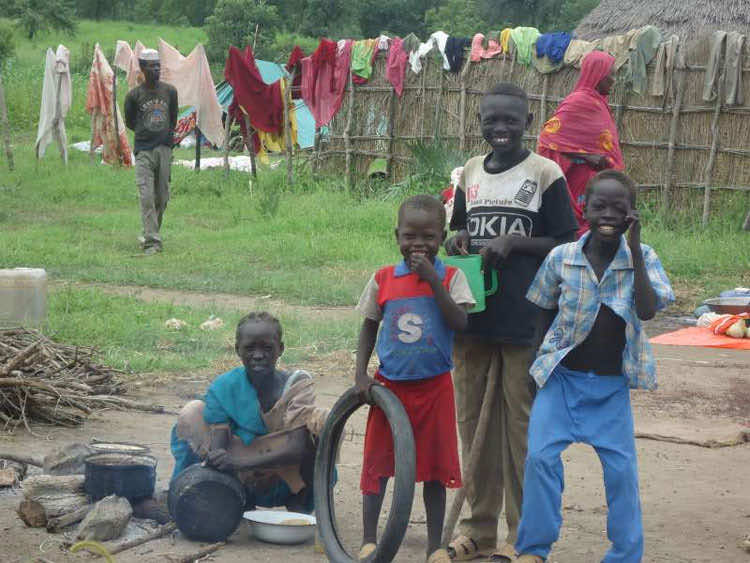 United Nations agencies are mobilizing to assist at some 20,000 people who have fled the fighting in Sudan’s Blue Nile state and arrived in neighbouring Ethiopia.An assessment team from the UN High Commissioner for Refugees (UNHCR) found that the refugees arriving in the Assosa region of western Ethiopia appear in good physical condition but need food, water and shelter.

So far, some 2,500 refugees who were willing to be relocated have been moved into an existing refugee camp at Sherkole that was first opened in 1997 in response to the North-South Sudanese civil war.

“However, most are reluctant to go and prefer to stay near the border, hoping that fighting will die down soon and allow them to return home,” UNHCR spokesperson Adrian Edwards told reporters in Geneva.

On Friday Secretary-General Ban Ki-moon voiced his deep concern about the eruption of fighting in Blue Nile state, as well as the ongoing fighting in Southern Kordofan, and called for an immediate end to the fighting and for access for humanitarian agencies to the affected areas.

UNHCR today reiterated its call to both the Sudanese Government and the Sudan People’s Liberation Movement-North to end the fighting and allow access for humanitarian staff to address any urgent life-saving needs.

“We are also calling on both parties to ensure the protection of humanitarian workers and their assets, including warehouses where vital aid has been stored,” said Mr. Edwards.

The agency has dispatched emergency relief items to Assosa and more supplies are on the way from the Ethiopian capital, Addis Ababa, to assist those at Sherkole and other areas. It is also sending additional staff to the area to more effectively respond to the emergency.

In addition, the UN Children’s Fund (UNICEF) is providing water bladders and medical supplies while the UN World Food Programme (WFP) is sending food urgently to the area.

Sherkole, which already accommodates some 4,000 Sudanese refugees, can take in a further 6,000 refugees. UNHCR is preparing three new sites – each with a capacity to accommodate 10,000 refugees – allocated by the Ethiopian Government that are not far from Sherkole to accommodate the new arrivals.

UNHCR also reported that it has received reports of tens of thousands of people having fled within Blue Nile state and northwards to Sennar state. Mr. Edwards said the agency cannot independently confirm the numbers as so far