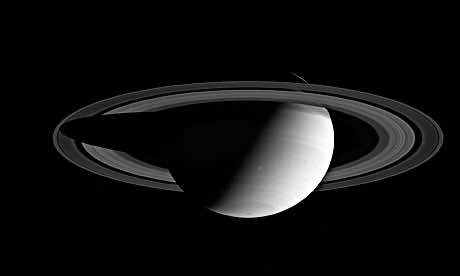 t is a pivotal point in the Islamic calendar, the moment when a month of fasting and contemplation finally comes to an end. But the celebration of Eid this year has been marred by controversy after claims that Saudi religious officials announced the festival on the wrong day.

Traditionally Ramadan comes to an end when the new moon is visible with the naked eye.

This year, officials in Saudi Arabia announced a sighting on Monday 29 August. Since then, however, astronomers have presented evidence to show that the moon was not visible at the time, and suggested that the Saudi officials may have actually been looking at Saturn.

Maged Abou Zahra, president of the Jeddah Astronomical Society, told the Egyptian paper al-Shorouk: “The sighting of a new moon would have simply been impossible.”

If true, the mistake would mean that millions of Muslims around the world stopped fasting a day too early. When the new moon rises, it is not visible as it is completely in the shadow of the earth and astronomers claim that it usually takes around 15 hours before it is visible to the naked eye.

But in Saudi Arabia barely five hours passed before authorities announced the first “moonsighting” had been made by the requisite credible and pious person.

“The need for a naked eye sighting is a literal interpretation of Islamic tradition that should be adapted to technological realities,” he said.

Many claim that the Saudis, in fact, already use astronomical calculations to pinpoint the start of the next Islamic month, but present the information as a traditional moonsighting to please conservative Muslims. There has been no official comment from Saudi religious authorities.

The confusion has prompted some commentators to question whether the world’s estimated 1.6 billion Muslims should follow rulings from Saudi clerics simply because the site of the holy pilgrimage, the Ka’aba, is located in the country.

Sheikh bin Baz, a religious scholar in Mecca said in a recent speech that “there are no grounds for Muslims in the UK to follow Saudi Arabia”.

Iqbal Sacranie, former general secretary of the Muslim Council of Britain, said that he wanted to unite the Muslim community to celebrate the occasion at the same time: “It is extremely sad that the Muslim community in the UK are divided on this very important issue of celebrating Eid. I believe it is now time for key scholars from different schools of thought to come together with Muslim organisations like the MCB and address this issue once and for all.”

Ahmed Versi, editor of the Muslim News said that it was not uncommon for Muslim communities to celebrate Eid on different dates – mosques in the UK marked the festival on at least three different days.

Websites such as Moonsighting.com have existed for a number of years, giving the precise details of where it is possible for the moon to be seen.

But the majority of Muslims still use more traditional methods, only celebrating Eid when the moon is seen with the naked eye. This year’s embarrassing error may lead more people to use astronomical calculations to decide about the new Islamic month instead of relying on the Saudi methodology.