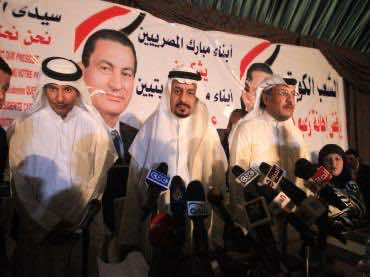 The Kuwaiti lawyers have said their decision to volunteer to defend Mubarak was in recognition for his role in supporting a U.S-led coalition that drove Iraqi forces out of Kuwait in 1991.

The request piqued many Egyptians, who see the trial of their former president for 30 years as an internal matter.

Mubarak, 83, was due to appear at a fourth trial session on Wednesday at a court set up on the outskirts of Cairo.

MENA said the Justice Ministry had asked the Cairo Court of Appeals to follow up the approval by issuing the appropriate paperwork. It said approval was granted after Egypt’s Lawyers’ Union confirmed that Kuwait allowed Egyptian lawyers to appear in Kuwaiti courts.