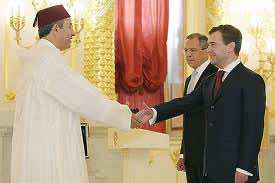 Moscow – Morocco is one of the most important economic partners of Russia in the Arab world, said on Monday in Moscow, Russian vice president of the Chamber of Commerce and Industry Georgy Petrov.

Speaking at the Russian-Arab Business Forum, Petrov said that Morocco, Egypt and Algeria are Russia’s most key economic partners, noting that these three countries are the most stable in the Arab world.

The fall of trade volume, with some of the region’s countries, is offset by trade with other Arab countries such as Morocco, which is characterized by a favorable political and economic situation, he argued.