Morocco World News
Home Opinion Ten Years After 9/11, We Still Can’t Agree Who the Enemy Is 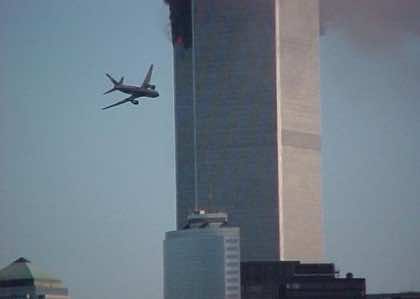 The United States can claim many successes in the ten years since 9/11 in combating the terrorists responsible for those horrific attacks, but there have been missteps along the way as well. Where we have come up short, it has often been because of our inability as a nation to reach a consensus as to who the enemy is.

Many of our most tangible successes are linked directly to the events of that fateful day. We have succeeded in imprisoning or eliminating many of those who plotted the attacks, including killing Osama bin Laden and his former lieutenant Abu Musab al-Zarqawi. We have improved our homeland defenses and our intelligence-gathering and intelligence-sharing capabilities to help prevent further attacks against the United States. We have dislodged al Qaeda from its former sanctuary in Afghanistan and, with the help of drones, now have many of its leaders on the run in the tribal areas of Pakistan. We have ousted the Taliban, al Qaeda’s former host, from power in Afghanistan, sending a clear signal that the United States and the international community will not tolerate states that harbor terrorists (though, through our own inattention, we allowed the Taliban to regroup so that they once again threaten Afghanistan’s stability).

However, if you broaden the focus to how we have fared more generally in countering extremist violence by radical Muslim groups around the world, the picture grows murkier. On the positive side of the ledger, the al Qaeda narrative has lost any broad popular appeal. In the Arab world most notably, young people are far more interested in using non-violent protest to push for freedom and democracy than in becoming suicide bombers in the cause of an Islamic caliphate. Egypt, Tunisia, Iraq and now Libya are all taking tentative steps toward democracy, which over the long-term promises to help relieve the pent-up anger and frustration felt by many citizens, by giving them a greater say in their own affairs and hopefully greater life opportunities.

On the negative side, while al Qaeda may have lost much of its luster and its leadership may be on the run, al Qaeda as a movement has metastasized, with active affiliates in the Gulf, the Maghreb, Europe and beyond. Today, al Qaeda operates far less like a hierarchical organization and more like a loose network of like-minded extremist groups, with the center providing more inspiration than operational command. And, as unpopular as al Qaeda may have become in many parts of the Muslim world, so too is the United States. Despite President Obama’s efforts to reach out to the Muslim world, views of the United States in most Muslim-majority countries are broadly unfavorable.

One reason is that we as a nation appear conflicted as to who the real enemy is: we can’t decide whether we are at a war with a small, violent fringe group of fanatics who have sought to highjack a peaceful religion for their own nihilistic purposes, or Islam itself, one of the three Abrahamic faiths, with some 1.4 billion followers. Chairman Mao Zedong once said, “The guerrilla must move amongst the people as a fish swims in the sea.” We have been less successful in making the “swimming” more difficult for groups like al Qaeda, in part because of our perceived inability to differentiate between the faithful and the fanatical. Ten years after 9/11, Osama bin Laden and al Qaeda may have become household names, but we as a nation still don’t know much about Islam. In a 2010 Pew poll, when Americans were asked how much they knew about Islam, 30% responded “not very much” and 25% “nothing at all”—only slightly higher than in 2001 (37% and 24%, respectively).

Out of ignorance, we have tended to paint our enemies with a broad brush, implicating ordinary Muslims in the sins of an extremist few. In our television and film, Islam is often depicted as a violent religion. Rumors are spread that our president might be a closet Muslim (as if that were something dangerous and un-American). Conspiracy theories are spun—akin to those that once circulated about the Freemasons, the Papists and the Jews—that American Muslims are secretly plotting to establish a Muslim caliphate in the United States. (How a group that represents about two percent of the population could achieve such a feat in a democracy is rarely made clear, however.) A Florida pastor makes a national spectacle by putting the Koran on trial and eventually burning it.

None of this goes unnoticed abroad. In a large Gallup survey of Muslim communities around the globe, one of the key findings was that Muslims feel a profound lack of respect from the West. They sense that Islam as a religion is under siege.

There will always be issues that divide the United States and the Muslim world. Many stereotypes propagated about the United States in Muslim-majority countries are equally as unflattering, ill informed, and injurious. For as long as Israelis and Palestinians are unable to reach a peace settlement, our perspectives on that conflict are likely to diverge. Even after we withdraw from Iraq and Afghanistan, the United States is likely to continue to be perceived by many Muslims around the globe—fairly or unfairly—as an overweening superpower intent on imposing its will on Muslims and Muslim lands.

But our ignorance of “the other” only exacerbates the problem. A little respect could go a long way in mending relations with the vast majority of Muslims who share our antipathy toward al Qaeda.
On this tenth anniversary of 9/11, we have much to be encouraged about, but also some important homework to do.