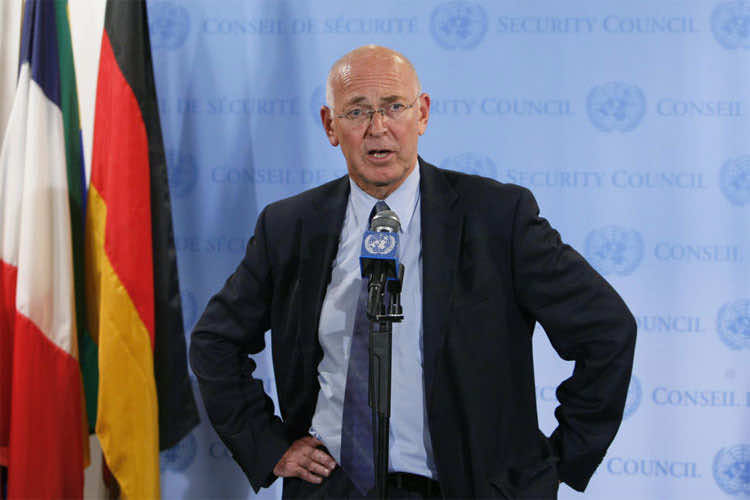 The new Libyan authorities have requested United Nations support for several post-conflict tasks, including elections, transitional justice and national reconciliation, according to a senior UN official who is in Tripoli to begin laying the groundwork for the world body’s operations.“We’ve already been given some very clear priorities by the leaders of the National Transitional Council (NTC),” Ian Martin, the Special Advisor to the Secretary-General for Post-Conflict Planning for Libya, told reporters in the capital.

These include support for the electoral process, as well as advice and assistance regarding transitional justice and how to strike a balance between accountability within the law for the most serious human rights violations while also seeking national reconciliation.

Mr. Martin was dispatched to the North African nation last week by Secretary-General Ban Ki-moon to discuss the kinds of support the new authorities want from the UN in the weeks and months ahead.

At a meeting of world leaders in Paris on Thursday, Mr. Ban stressed that it will be essential to work closely with the Libyan leadership to identify their needs and priorities. “Once those needs are identified, we will have to act in harmony and in a coordinated manner to ensure effective, collective action,” he stated.

After arriving in Tripoli, Mr. Martin first met with senior NTC representative Ali Tarhuni, who outlined the body’s priorities for urgent action and asserted that “we want the UN to be partner in this process.”

The Special Advisor also discussed key challenges in public security with the Interior Minister and other interlocutors such as getting the police back on the streets and weapons off the streets and building a democratically accountable police force.

This is “not an easy matter in any society let alone one that is just coming out of 42 years of oppressive security and [six months of] armed conflict,” Mr. Martin stated.

As part of his five-day visit, which began on Saturday, the Special Advisor held discussions with various groups in Tripoli, including lawyers, judges, youth, women and human rights activists, and briefed representatives of the international community and non-governmental organizations (NGOs) on the nature of his visit.

He also visited, at the invitation of the authorities, two police stations and the Al-Jedaida prison, where he spoke to both Libyan and non-Libyan prisoners, including sub-Saharan Africans detained during the fall of Tripoli.

Mr. Martin stressed the urgent need for the basis of detention to be reviewed by public prosecutors, and to inform the prisoners’ families of their whereabouts. The relevant NTC officials confirmed their commitment to justice and the rule of law and said that any mistakes would be rapidly rectified, adding that everyone would be treated fairly and equally.

The Special Advisor will travel to Benghazi tomorrow to meet NTC Chairman Mustafa Abdel Jalil and Ahmed Al-Jehani, Minister of Reconstruction and Stabilization.

Libya has been in turmoil since February when opposition forces rose up against the regime of Colonel Muammar al-Qadhafi as part of a wider pro-democracy movement across North Africa and the Middle East.