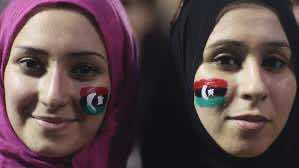 WOMEN in Tripoli are starting to voice concern that Libya’s government in waiting, the National Transitional Council, has too many Islamists in its ranks and not enough women.

“I’m worried that Islamic brothers will come from Benghazi and decide that women have to wear the hijab,” or Islamic headscarf, said business student Fatin Mohammed al-Nabi, 20.

NTC officials have repeatedly downplayed the presence of Islamists in its fold while pointing out that some council members, like much of the Libyan population, are observant or conservative Muslims.

But Nabi said Benghazi, the wartime base of the NTC, was always more conservative compared than the capital where women wore what they wanted under Muammar Gaddafi.

“The capital Tripoli was always more liberal,” she said.

Women were never obliged to wear the hijab, she said although it remained common practice. They enjoyed full freedom of movement and participation in the economy, if not political life.

“Gaddafi loved women more than men in reality,” she said.

In fact, the strongman often put his personal safety in the hands of women, surrounded by an entourage of female bodyguards, and his health was entrusted to a blonde Ukrainian nurse.

Several women were staunch defenders of the regime, like Hala Misrati, an anchor for state television who came on air waving a gun and vowing allegiance to Gaddafi when rebels were at the gates of Tripoli.

Others, like Huda Ben Amer, infamous for her role in the hangings of the veteran Libyan leader’s opponents, gave a sinister face to female participation in Gaddafi’s regime.

Hundreds of women graduated each year from Gaddafi’s military academy, where they were trained over three years to shoot and handle weapons, while also attending courses on psychology, law and security studies.

“We had some rights under Gaddafi and got more freedoms in recent years,” said Hanan Mohammed Ali Abusah, 29, among the first officers to report back for duty since the capital fell to pro-NTC forces in late August.

She was not overly concerned by a potential rise of conservative Islam because women were still “likely to have more opportunities than they had before” under Gaddafi.

But others were quick to point out that the new authorities have only included one woman in the NTC and none serve as interim ministers in its executive office.

“I criticise the absence of women in this council,” said Samia Shamaq, who yesterday gathered her friends for a meeting on the role of women in the new Libya.

“There should be women in the NTC because they are a vital link in society,” said Aya Diribubri, 26, an employee at a wedding dress shop who does not wear a veil despite catering to conservative clients.

She said she would not hesitate to wear the veil if government or society became more religiously conservative.

“In the end, Libya is an Islamic country and safety is more important than freedom,” she said.

Rayan Diab, a 20-year-old dentistry student, said those who speak of Islamic fundamentalism in the ranks of the NTC were scaremongers who wanted to divide the revolutionary ranks.

“This is just a tactic to divide our men,” she said.