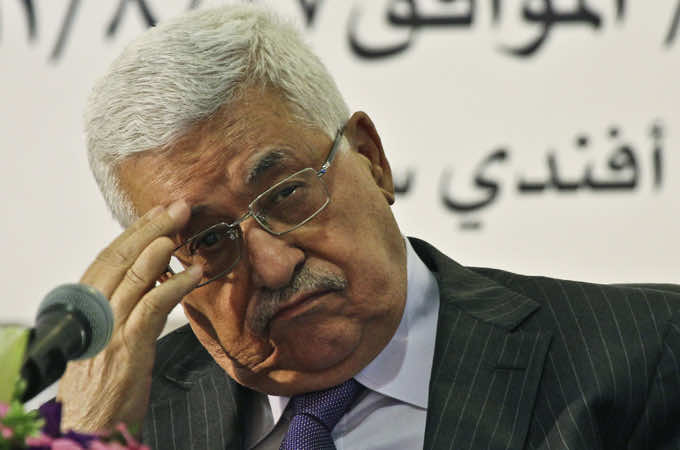 With one week to go before the United Nations General Assembly convenes, there is a flurry of diplomatic activity in Jerusalem and Ramallah, much of it aimed at the Palestinian Authority’s plan to seek enhanced membership at the UN.

A delegation from the United States, led by White House advisers Dennis Ross and David Hale, arrived in Jerusalem on Tuesday to meet with Israeli prime minister Binyamin Netanyahu. Hale is scheduled to meet on Wednesday with Palestinian Authority president Mahmoud Abbas.

In Ramallah, meanwhile, Abbas met with former British prime minister Tony Blair, the envoy from the so-called “Quartet,” composed of the United Nations, the United States, the European Union and Russia.

The US meetings, according to the State Department, were aimed at “finding a formula” to restart long-stalled negotiations between Israel and the PA.

Talks broke down last September over Israel’s refusal to halt construction in illegal settlements in the occupied West Bank. Abbas has said he will only return to the table if Israel freezes new construction, and agrees to use 1967 borders as a basis for negotiation.

A spokesperson for the US embassy in Tel Aviv would not comment about Ross and Hale’s trip, and the embassy has not released any statement on the meeting with Netanyahu.

The meeting comes at a slightly awkward time for US-Israel relations: Journalist Jeffrey Goldberg reported on Tuesday that Robert Gates, the recently-departed US secretary of defence, described Netanyahu as an “ungrateful” ally.

‘There will not be a retreat’

Blair said this week that he was “optimistic” about bringing both sides back to negotiations. Abbas’ office has not released any details of their meeting in Ramallah.

Saeb Erekat, the PA’s chief negotiator, said in Amman on Tuesday that the UN bid will go forward regardless of Israel’s actions.

“The Palestinian decision is to head to the UN Security Council,” Erekat said. “And there will not be a retreat even if Israel proposed any initiatives.”

Erekat also complained about American threats, saying that the US has pushed the PA to drop its bid without offering any concessions in return. US officials and members of Congress have repeatedly threatened to slash aid to the PA if it goes to the United Nations.

Meanwhile, the diplomatic frenzy does not register much here in Gaza, where few people have expressed much interest in the bid. “It’s just politics,” said Abu Omar, gesturing around his small shop, which was temporarily darkened by one of Gaza’s regular power cuts. “I need electricity.”

Hamas has said little about the planned vote, which is purely a Fatah initiative. A Hamas official told Al Jazeera that the movement has not decided whether or not to call for demonstrations in Gaza.

“There’s still plenty of time before we decide what we will do,” Ahmed Yousef, the Hamas deputy foreign minister, said in an interview. “Somebody from Fatah approached me recently about what we might do… we could decide in the near future.”

Abbas plans to submit the PA’s bid for statehood around September 20. But Palestine cannot be admitted as a state without the Security Council’s approval, and the Obama administration has already said it would veto such a move.

The US veto leaves Palestinian officials with the option to pursue “non-member observer status,” a step below full recognition which requires only a two-thirds vote in the General Assembly. Only one other state, the Vatican, currently holds such a status at the UN.