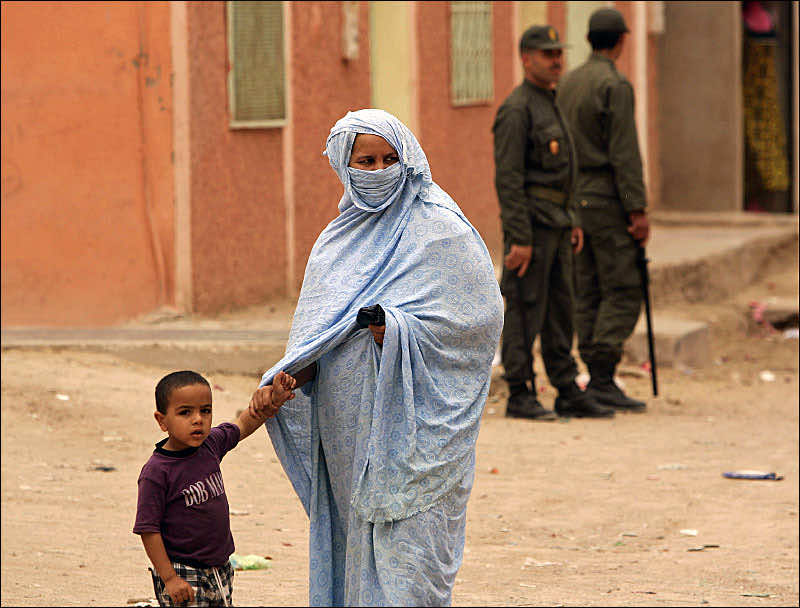 Years of confrontation and inconclusive diplomacy have many Sahrawis wondering whether the dormant dispute will finally be resolved.

The latest round of informal Western Sahara talks ended a few weeks ago in Manhasset, New York, with plans to continue the diplomatic dialogue after the autumn session of the United Nations General Assembly.

“By the end of the meeting, each party continued to reject the proposal of the other as the sole basis for future negotiations, while reiterating their willingness to work together to reach a political solution in conformity with the pertinent resolutions of the United Nations Security Council,” said UN Western Sahara Envoy Christopher Ross.

Sahrawis, meanwhile, grow increasingly impatient with the stalled negotiations. While some have little hope for their success, others are more sanguine, pinning hopes on the Western Sahara autonomy plan. The initiative, proposed by King Mohammed VI, calls for granting broad autonomy to Western Sahara within the context of extended regionalisation.

Some Sahrawis believe that the autonomy plan will help reunite their community dispersed between the Tindouf camps in south-western Algeria and the cities of the region. Magharebia spoke to Laâyoune residents to get their perspectives.

Mohammed Lamine Ould Didi, a desert tribal sheikh, believes that the parties to the conflict need to take into consideration the humanitarian dimension of the issue.

“The disintegration of Sahrawi families can’t be accepted for long,” he said. “Therefore, the two parties have to take this matter into consideration in the next rounds of negotiations and give it priority, if they really want to move ahead in reaching an agreement on this issue.”

For political science student Mahmoud, the real problem is the lack of political will to achieve a mutually acceptable solution that earns international legitimacy.

Both sides need to conform to the UN Security Council resolutions about the need to activate serious and acceptable ideas for progressing towards the final solutions, he argued. Each party is still adhering to a position which it is sure that the other party will not accept, he added.

“Meanwhile, thousands of Sahrawis are waiting for the unknown,” Mahmoud said.

“The solution is in the Sahrawis sitting alone on a negotiations table under the auspices of international community, away from Moroccan and Algerian differences, where they can reach solutions satisfactory to them,” said former prisoner Sayyid Ahmed. “In this way, the strategic conflicts that can prevent the Maghreb peoples from realising full integration can be avoided.”

In his turn, Yahdhih, a returnee from the Tindouf refugee camps, argued that a free and fair referendum conducted under the auspices of international community could resolve the conflict, provided that the constituency is restricted to Sahrawis living in the conflict area only.

The autonomy proposal inspires hope, he said, because “it is an important concession on the part of Morocco in this issue after its intransigence about it”.