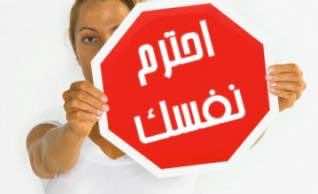 “Stand out for yourselves and demand respect. Shame has to switch sides!” This is the cri de guerre of Majdoline Lyazidi, the 20-year-old founder of SlutWalk Morocco, a Facebook page which aims at raising awareness against sexual harassment in the Moroccan society. The concept seems to be catching on, with more than 3,000 members joining in less than 15 days since the page was first created.

The SlutWalk protest marches started out in the city of Toronto, Canada, on April 3, 2011, as a movement against excusing rape by referring to a woman’s appearance. It was sparked by a controversial statement made by one of the city’s police officers who told a group of young female college students that to protect themselves against rapists “women should avoid dressing like sluts.” It quickly became a global movement with rallies and marches from Sydney to London. See Global Voices coverage on SlutWalks in Costa Rica, India, Brazil and Australia.

The concept didn’t quite catch on in the Arab world. Some have blamed the fact on a culturally loaded, Western-centric campaign. Others explain that the region is busy fighting for greater change anyway. But there are those like Majdoline who think a genuine change must include the fight against gender-based forms of violence and a shift in the way women are treated in society.

In an interview with fellow Moroccan blogger Hind, Majdoline explains what inspired her in the first place:

[The SlutWalk movement] was a wake-up call for me. Growing up, I’ve never really understood why society kept teaching us the “don’t get raped” mentality instead of a “don’t rape” one, anchoring that way a never-ending victim blaming process of “she was asking/looking for it”.

I think it’s time to change this mentality, we’ve got to give a chance to the next generations to walk the moroccan streets feeling SAFE & RESPECTED, a feeling moroccan women are missing today.

Majdoline also recognizes the name of the campaign might be an issue:

We want this to be a Moroccan version of SlutWalk and we want it to be 100% moroccan, suiting our society, our community’s beliefs & values. But to tell you the truth, it’s hard to find a name as catchy as “SlutWalk”!

The group’s founder has now teamed up with friends, young men and women, to push the idea forward. They have announced an imminent change in the group’s name. Suggestions include WomenShoufoush, a play of words which in Moroccan Arabic alludes to seduction but can also be interpreted as a call to find a solution to a problem.

Reactions to the SlutWalk Morocco initiative were mostly supportive, but there are critics as well. The fact the group was launched halfway through the holy Muslim month of Ramadan seems to have angered blogger Youssef Boukhouya. He writes [fr]:

This small community has shown its face in the holy month of Ramadan.This is a lack of respect for Moroccans. And to add to this stupidity, not only have they chosen a bad timing, they also took a very bad example to express their so-called good intentions: with “the SlutWalk movement” or simply the walking sluts! Imagine a crowd of Moroccan girls parading through the streets half-naked, and they say it’s for a good cause… Well let me tell you – this is rubbish! This is something that I personally find horrible and unacceptable!

For their part, Moroccans For Change question the wisdom of importing readily available protest methods from the West. They write:

Some of us feel the same way about the Moroccan version of SlutWalk. While we condemn violence against women, we wonder about blindly borrowed activism methods. Clearly, “No” means “No” means “No”. But what’s the Slutwalk have to do with Morocco?

Supporters of SlutWalk Morocco include blogger Mahmoud Khattab. He explains [fr] why he likes the idea:

Personally I support the movement by conviction and also out of fear–fear for my mother, my sisters, my aunts, my grandmother. I’m also in favor because I see a glimmer of hope, however small, that should be supported in order for our society to be truly respectful of our women, your women.

In an interview with the local press [fr], Majdouline says her group wants to remain independent but it is also open to feminist and human rights groups in Morocco to help it organize a march in favor of women’s rights.