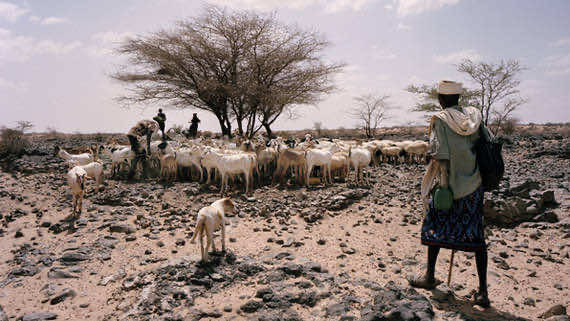 “Soil is an essential component of the world’s production systems and ecosystems,” UN Food and Agriculture Organization (FAO) Director-General Jacques Diouf said, calling for a renewed international effort to assure sufficient fertile and healthy soils today and for future generations.

“But it is also a fragile and non-renewable resource. It is very easily degraded and it is slow, difficult and expensive to regenerate,” he told the opening session of a three-day meeting in Rome to launch a new Global Soil Partnership for Food security and Climate Change Adaptation and Mitigation.

Competing land uses and extensive degradation are rapidly depleting the amounts of soils and water available for food production. In Africa alone 6.3 million hectares of degraded farmland have lost their fertility and water-holding capacity and need to be regenerated to meet the demand for food of a population set to more than double in the next 40 years, FAO stressed.

In 1982 the agency adopted a World Soil Charter spelling out the basic principles and guidelines for sustainable soil management and soil protection to be followed by governments and international organizations.

“However, there have been long delays in applying the Charter in many countries and regions of the world. New efforts to implement it must be made as soon as possible,” Mr. Diouf said.

Besides helping implement provisions of the World Soil Charter, the Global Soil Partnership is intended to motivate action by decision-makers on the importance of soils for food security and climate change adaptation and mitigation, provide technical solutions for soil protection and management and mobilize resources and expertise for joint activities and programmes.

The Partnership will complement the 15-year-old Global Water Partnership launched by the UN Development Programme (UNDP) and the World Bank in 1996 to coordinate the development and management of water, land, and related resources to maximize economic and social welfare without compromising the sustainability of vital environmental systems.

Short-term interventions to provide food, water and basic needs such as seeds and fertilizer to enhance agriculture is the usual response to food crises and extreme weather such as the current drought and famine in the Horn of Africa, particularly Somalia, but longer-term, large-scale measures are needed to build greater resilience to degradation, drought and climate change and reduce human vulnerability to disasters, FAO noted.