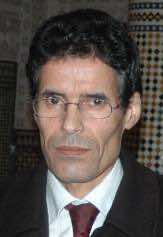 Rabat – Morocco has showed its willingness to fight torture and other human rights violations by adhering to the main international treaties and instruments in this field, Inter-ministerial Delegate for Human Rights, Mahjoub El Hiba, said on Wednesday.

Speaking at the opening, in Rabat, of the high level Conference on “the role of human rights national institutions in preventing torture in Africa,” El Hiba recalled, in this regard, that Morocco had signed the United Nations Convention against Torture and Other Cruel, Inhuman or Degrading Treatment or Punishment on January 18, 1986 and ratified the same Convention on June 21, 1993.

Morocco considers torture as a specific crime in the penal code and has made several efforts to comply its legislation with the UN Convention against Torture in 2006, mainly through the incrimination of torture by promulgation law 43-04, he said.

Holding this conference, El Hiba went on, coincides with a process of reforms undertaken, ten years ago by Morocco, highlighting in this sense the adoption of the new Constitution whose philosophy, spirit and main outlines were made clear by HM the King in his historic speech of June 17, 2011.

In order to stamp out the phenomenon of torture, he said, the government is committed to submit regular reports on the implementation of the Convention against Torture and Other Cruel, Inhuman or Degrading Treatment or Punishment.