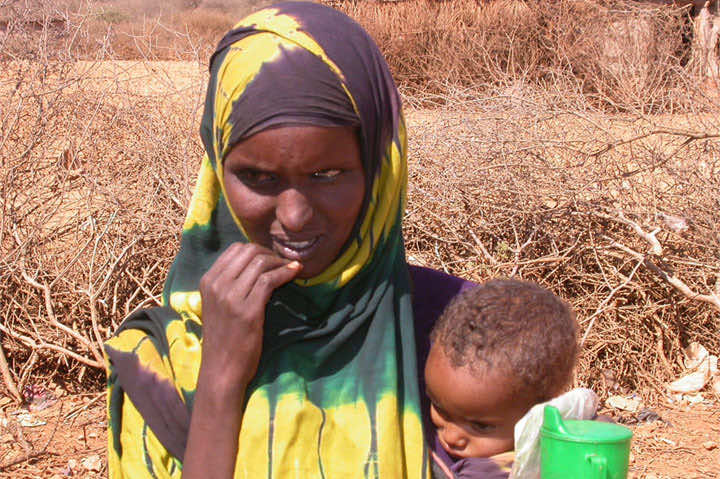 Normal to above-normal rainfall could return to famine-ravaged southern Somalia over the next three months but there may not yet be much easing of the drought there since the September-to-December rains are a relatively small part of the annual total, the United Nations reported today.Tens of thousands of Somalis have already died and more than 3.2 million others are on the brink of starvation after months of drought have seared the impoverished Horn of Africa country, which has already been devastated by two decades of ferocious factional fighting.Giving the Greater Horn of Africa climate outlook for the September through December season, the UN World Meteorological Organization (WMO) said forecasts indicate a possible return to normal to above-normal rainfall conditions in southern Somalia, but a risk of below-normal rainfall remains over northern Somalia and adjoining regions.September to December constitutes an important rainfall season after the March-May rains in southern Somalia and other equatorial parts of the region, including Kenya, Uganda, Burundi, Rwanda and northern Tanzania, but rainfall in northern Somalia during this period is typically lower than in the south.

The number of Somalis in need of humanitarian assistance has increased from 2.4 million to 4 million in the past eight months, with 3 million of them in the country’s south, according to the UN Food and Agriculture Organization (FAO).

UN leaders have repeatedly appealed to the international community to rush food aid to the drought-stricken country.

“The future of an entire generation hangs in the balance,” Deputy Secretary-General Asha-Rose Migiro told the pledging conference hosted by the African Union (AU) in Addis Ababa, Ethiopia, last month.

“If we do not respond, the consequences will reverberate for years. We will be asked how we stood by and watched a generation die, how we allowed a crisis to become a catastrophe, when we could have stopped it.”