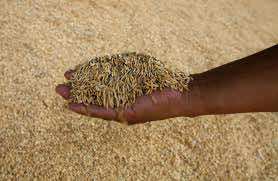 World food prices remained virtually unchanged during the month of August, with only slight increases observed in the prices of cereals and meat, the United Nations Food and Agriculture Organization (FAO) reported today.

The price indexes for oils/fats, dairy and sugar all saw declines last month, the agency added.

The prices of cereals rose reflecting the fact that although cereal production is expected to increase, it will not do so by enough to offset the additional demand, so that stocks continue to be low and prices continue to be high and volatile, according to FAO. “Cereal price rises stem from a supply and demand balance that remains tight despite the anticipated increase in production,” it stated, adding that world cereal production is now forecast to reach 2,307 million tonnes this year, 3 per cent higher than in 2010.

Among the major cereals, the maize supply situation is a “cause for concern” following downward revisions to maize crop prospects in the United States, the world’s largest producer, because of continued hot weather in July and August.

Average wheat prices were also up 9 per cent in August given the strong demand for feed wheat and shrinking supplies of high quality wheat. Rice also saw an increase, with the price of Thai rice rising 5 per cent from July, driven by a policy change in Thailand, the world’s largest exporter.