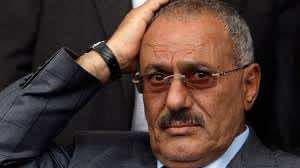 Yemen’s ruling party has proposed changes to a power transfer deal that would give President Ali Abdullah Saleh more time to leave office, in the hope of ending a stalemate that has paralysed the country.

An official from an opposition coalition told Reuters news agency that the parties would meet on Thursday to give their view of the proposed changes, which would give Saleh 90 days instead of 30 to leave power once he signed the deal.

Amendments approved by Saleh’s party would have him transfer his powers to his vice president, Abbd-Rabbu Mansour Hadi, after signing the deal.

After Saleh leaves, elections would be held and the opposition would form an interim unity government for a two-year transition period, retaining Hadi as interim president.

The government would use the time to draft a new constitution and hold a dialogue with armed groups.

The new plan also requires a restructuring of the military within three months of Saleh signing the deal. Saleh’s family dominates the armed forces’ high command. His son, Ahmed Ali Saleh, who the opposition worries is being groomed to succeed him, heads the elite Republican Guard.

Saleh, who is in Saudi Arabia recovering from a June assassination attempt, has defied months of mass protests against his 33-year rule.