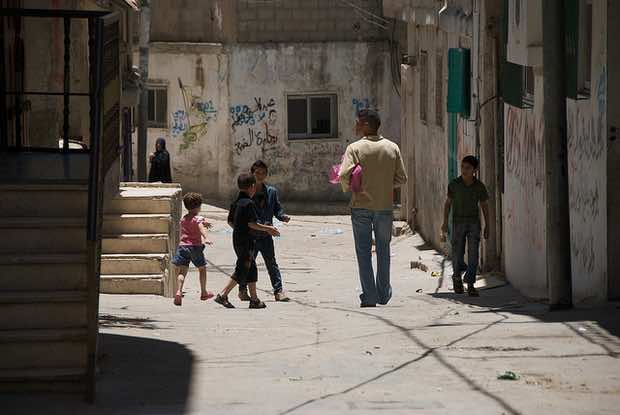 An upcoming Middle Eastern product launch will connect some of the region’s poorest citizens with jobs–via SMS text messages. Souktel, a text message-based job hunting platform, is launching services in Jordan, Egypt, and Tunisia over the next few months. The organization, which offers Monster.com-like employment searches to people without steady Internet access, already operates in Palestine, Somalia, and Morocco.

Individual users are connected with Souktel’s job search software through third-party partners such as the West Bank’s Birzeit University and the Near East Foundation. Users create miniature text message-optimized resumes that can be browsed by employers; Souktel subscribers then automatically receive text messages with info on potential jobs and gain the ability to browse the service’s listings. Employers also have the ability to use mobile phones to browse resumes and can contact potential employees via SMS to schedule an interview.

The service, which is aimed at poorer segments of the population who lack easy web access, operates through either Arabic, English, or French text messages. A sister service disseminates essential information to illiterate job seekers via an all-audio phone tree; more than 30% of Egyptian adults are illiterate.

Funding for Souktel comes from a variety of sources, with most of the money for the project originating in non-governmental partners such as UNICEF or USAID. The organization itself was founded in 2006 by a group of Palestinian, American, and Canadian graduate fellows at Harvard and MIT; they are now based in the Palestinian capital of Ramallah.

In many of the countries where the service operates, “a young person looking for a job doesn’t have a lot of public or private resources to use,” Souktel president Jacob Korenblum tells Fast Company. Entry-level jobs are hard to track down in all three countries that Souktel is launching in. Jordan and Tunisia have a 13% unemployment rate and post-revolution Egypt has an 11.8% unemployment rate. The Middle East has the fastest-growing labor force of any part of the world; nearly 65% of the region is under 25.

The idea of searching out jobs through text messages also has potential appeal for women in the region. Souktel’s services are aimed at economically disadvantaged portions of society that often live in conservative communities. Accessing job information through text messages helps secure autonomy from overly old-school relatives and can serve as a substitute to going to a male-dominated space such as an Internet cafe.

According to Korenblum, pilot testing for the service in Egypt, Tunisia, and Jordan will begin over the next few months, with the decision to launch in the first two countries having–in Korenblum’s words–”100% to do” with the Arab Spring and a perceived upsurge in demand.