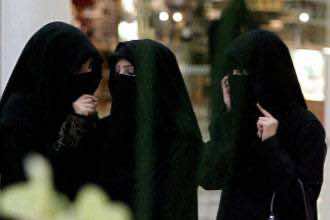 Two months ago a very unusual story broke out in the Saudi press. A couple of hundred girls attacked the enrollment office at Um al-Qura University in Mecca, accusing it “of favoritism and discrimination.”

It was a unique and interesting scene. Who could have imagined it – girls going on the rampage, breaking the university gates and spreading disorder – for the sake of education?

They were protesting against the university’s closed doors. Officials here never expected females who were covered head to toes to do anything other than going home and sitting in front of the TV watching soap operas. The common belief is that education is a luxury for women. But, all of a sudden, they managed to have their voice heard. They demonstrated, shouting that “girls want to go to the university,” and won’t be discouraged by excuses, such as insufficient seats or low grades.

University administration officials never thought girls would be troublemakers, and this is why it assigned police to the male campus only. The need for police action against women is quite rare in the Kingdom of Saudi Arabia. Why have policewomen when there are few law-violating females? After all, women are usually either shopping, studying or at home.

Saudi women are known to be shy and tend to avoid trouble. They are often victims of marginalization and exploitation. An adolescent girl might be forced into marriage by her family. If she wants a job, the government employs her in only one job, namely teaching, and bans her from most of other jobs, arguing that she is a weak creature who is destined to marry and produce babies. She always has to wait for her turn, and she has to wait for the driver to take her to and from anywhere: the school, the hospital, the market or to visits to family members.

What added to these female students’ rage was that the university did not even bother to explain to them why they were refused admission; it simply locked the school’s gates.

When I first heard the news about the attack on the university by the girls, I did not believe it. I assumed it was a joke, probably boys dressed up like women in their black “abayas.” To document their action, the girls filmed themselves and posted the video on YouTube. They said that the King had said that universities should accept all applicants. Next week, the King ordered universities to enroll all female applicants.

The question is, what will this generation of aggressive girls do after four years, when they graduate and encounter closed doors while searching for jobs?

The Saudi society should be ready for a new generation of females, women with louder voices and “longer arms.” The image of the “well behaved girl” or “Madame. Bovary” has changed, and she wants her rights. We should from now on take these women seriously.

Abdul Rahman al-Rashed is the General Manager of Al Arabiya. The article was translated from the Arabic by Abeer Tayel.