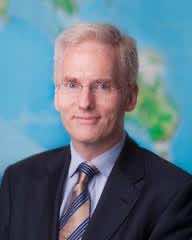 In London, people are not afraid to tell the truth and call a spade by its name. A small meeting held Tuesday night at the headquarters of the British Parliament at the initiative of politicians and institutions known for their unbridled support for the Polisario has turned into derision. The representative of the separatist movement in London remained speechless in front of participants, wondering at times if they were for or against the Polisario. The climax of the meeting was, without a doubt, the intervention of the British MP, Mark Pritchard of the Conservative ruling party, who unveiled the open support of Polisario mercenaries to pro-Gaddafi troops against the rebels in Libya. Citing NATO, the MP said that hundreds of the Polisario mercenaries fought in the ranks of the forces loyal to the deposed Libyan leader, Muammar Gaddafi. Faced with desperate attempts by the representative of the separatists to refute these assertions, Mark Pritchard, cut short the words of the latter, stating that “NATO does not make unfounded statements.” The representative of the Polisario was dealt another blow when another speaker who came, in principle, to defend the separatist case, and acknowledged in his presentation undeniable progress of democracy in Morocco.

Paul Whiteway, who heads the group “Independent Diplomat”, an entity that openly defends the Polisario and lobbies for it around the world, tried in vain to present the Arab spring as “a godsend” opportunity for the Polisario leaders to make their voice heard. But as the English are known for their frankness, the speaker could not help but recognize the undeniable progress made by Morocco in terms of political reforms and democratization of its institutions. To the dismay of his visibly irritated host, Whiteway admitted that Morocco “has successfully met the demands for reform.” He went on to say that Morocco is much more stable  compared to other countries in the region, “given the level of freedom it enjoys,” adding that “the reforms initiated and approved by referendum, have been widely welcomed by the international community.”

The speaker further said that Western countries, at the forefront of which is the United States, “consider Morocco as a model for countries in the region.” Addressing some technical and practical aspects of the conflict of the Sahara, in particular the obstacles that nullified the referendum option, in his intervention, Catriona Drew, a lecturer in international law at the London School of Oriental and African Studies (SOAS) explained that Autonomy Plan proposed by Morocco in 2007, is one of the forms of self-determination demanded by the Sahrawi. In this regard, the expert recalled that the United Nations Security Council had described as “serious and credible” the autonomy plan that Morocco has put on the table after years of impasse, thus, meeting the call of the international community to find an alternative option to the referendum, which has been proven impracticable.

In its analysis, Drew joins the conclusion reached by the former Special Envoy of the UN Secretary-General for Western Sahara, Peter Van Walsum, who, in an interview given to the daily newspaper el Pais in 2007, said that “independence is not a realistic option.” The final blow came from a researcher in attendance who wondered, not without irony, if the Polisario was not under the influence of the country that hosts it, namely Algeria, whose leaders utilize the Sahara to achieve their own designs in the Maghreb region.