September - To my astonishment, while surfing on the Internet yesterday, I stumbled upon a terrifying message being circulated by a psychopathic group that promotes hate and defamation against Muslims. The anonymous group named itself, “Égorger les musulmans à la place des moutons”, which literally translates into: Slaughter Muslims instead of Sheep. 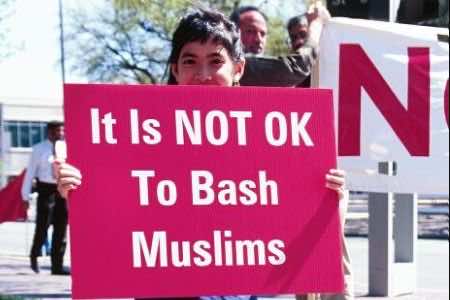 By
Adnane Bennis
-
Adnane Bennis is a national of Morocco, obtained his Bachelor’s Degree in Computer and Information Science from East west University in Chicago.
Sep 9, 2011
Spread the love

September – To my astonishment, while surfing on the Internet yesterday, I stumbled upon a terrifying message being circulated by a psychopathic group that promotes hate and defamation against Muslims. The anonymous group named itself, “Égorger les musulmans à la place des moutons”, which literally translates into: Slaughter Muslims instead of Sheep.

“Le Collectif contre l’islamophobie en France”, an NGO active in combating Islamophobia and racism against Muslims in France, has denounced this act of incitement into hate and called upon the French government to take the necessary measures to investigate its authors. As of Thursday night the French government has not taken any action against the group, nor has Facebook shut down its page on the social network. It took Facebook two days to take action and close the page. One wonders what could have been the reaction of the French and Facebook if that hate act had been directed against Jewish or Christian communities.

Apparently, this group is seeking to disseminate fear among Muslims in Europe and France in particular; even though it is merely quixotic, the emergence of such blood-thirsty insanity on a social network like Facebook is alarming.  Most notably, the creation of this group on conditions of anonymity suggests that its creator(s) can be anybody: a neighbor, coworker, classmate…etc., but certainly an Islamophobic racist.

The whole world condemned the terrorist attacks on American soil that happened on September the 11th. They were gruesome attacks inflicted on innocent unarmed civilians whose only mistake was to be present at the wrong time on the wrong place.  Yet, what is inexcusable and unfair is to perpetually associate terrorism with Islam as if it were a Muslim creation. The participation of a handful of Muslims in terrorist attacks and plots does not justify bullying, smearing and insulting 1.5 billion people with all kinds of condescending attributes and slurs. Guilt by association is a human rights infringement not freedom of expression.

It is true that, to some extent, the so-called war on terror critically undermined Al Qaeda’s capabilities to carry out similar plots. But on the other hand, it has counterproductively raised hate, Islamophobia and racism against Muslims. Nowadays, according to biased readings of freedom of speech, it has become unfortunately commonplace, cool, trendy, and normal to defame and harass not only the handful of extremists, but all Muslims. Islam has become the boogeyman that pundits, talking heads and ideologues would use with alacrity to hide a failed policy, deviate attention from a whistle blowing scandal or mitigate the heat of a soaring economic misfortune.

Continuous repetition of the Islamophobic terminology as a means of populist, propagandist strategy to reshape public discourse through unjustified stereotyping, demonizing and social profiling is not uncommon; the media frenzy against “Sharia Law”, the issue of the burqa and the construction of a Muslim Community Center near Ground Zero, among others, can notoriously serve as vivid examples to advocate the idea of exclusion of Muslims. The unhealthy trend has been articulated by Herman Cain, a GOP candidate for President, who clearly stated his objection to building mosques in American communities claiming that “This is just another way to try to gradually sneak Sharia law into our laws, and I absolutely object to that”.

This notorious use of Islam to achieve political gains is a violation of human rights of all Muslims, as set out in a resolution adopted on March 26th 2009 by the U.N. Human Rights Council on Defamation of religion. “Defamation of religious is a serious affront to human dignity leading to a restriction on the freedom of their adherents and incitement to religious violence,” read the resolution, adding that “Islam is frequently and wrongly associated with human rights violations and terrorism.”

Europe’s hostility towards Muslims has reached an unprecedented level; the praised slogans of equality, multiculturalism and free society have proved to be biased, partial and hypocritical. Otherwise, how can we explain the promptness of mainstream media in spreading all negative, misunderstood and false statements about Arabs and Muslims? Why aren’t there laws that protect Muslims from hate crimes and verbal harassments as punishable as anti-Semitism for example? The last terrorist attacks on Norway committed by Anders Behring-Breivik showed how unfair and ironic mass media worldwide was in dealing with this news. Most, if not all, news outlets jumped into the conclusion that those assaults bear the signs of Islamic terrorists. The same outlets abstained from describing the attacks as acts of terror as soon as the mass murderer was reported to be Norwegian who described himself as Christian.

The question that comes to mind is: why are so many Europeans willing to condemn religious extremism only when it is imported from a different ideology other than their own? The real threat that the world is facing nowadays is the right wing extremism; this ideology that defines the world as black and white using hate speeches and hatred as a pretext to save Europe and the west from Islam. Visualizing Muslims and Islam as pariahs in their public discourse will only intensify “anti Islam bigotry”.

Hate crimes should be punished regardless of race, religion or nationality.