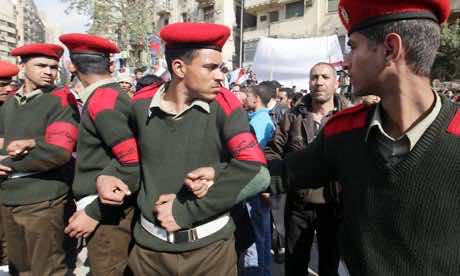 One news website earlier in the day had suggested he might offer his resignation over the violence that led to the Israeli ambassador flying out of Cairo to Israel.

The news channel cited its reporter. Officials could not immediately be reached for comment.