By Andrew Hammond and Edmund Blair 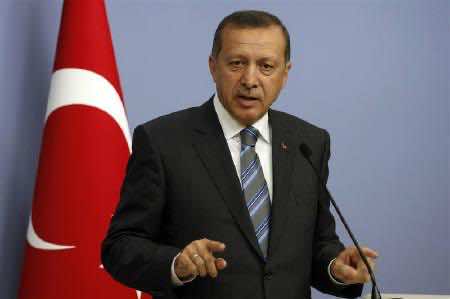 By Andrew Hammond and Edmund Blair

Turkey’s Prime Minister Tayyip Erdogan meets Egypt’s new military rulers during a visit to Cairo starting on Monday that is likely to be scrutinized by Israel whose once cosy ties with both Muslim states have been shaken.

Erdogan’s trip will be followed by visits to Libya and Tunisia, which, like Egypt, have thrown off long-time rulers, highlighting Turkey’s bid to expand its regional influence.

Egypt has long viewed itself as a leading voice in the Arab world but Turkey’s influence has risen steadily with its growing economic might and its assertive policy in the region, notably towards Israel, which has drawn praise from many Arabs.

“There will be rivalry over a regional role for sure. Egypt is not in a position to play such a role at the moment so Erdogan is trying to take advantage of that,” said Adel Soliman, head of Cairo’s International Center for Future and Strategic Studies.

Ankara expelled the Israeli ambassador in a feud over an Israeli raid last year that killed nine Turks on a flotilla bound for the Palestinian enclave of Gaza.

Egypt said it would withdraw its ambassador from Tel Aviv last month after five Egyptian border guards were killed when Israel repelled cross-border raiders it said were Palestinian. But it did not follow through with the threat.

Egypt’s army rulers have struggled to quell the public fury over the incident, which boiled over into an attack by protesters on the Israeli embassy that prompted Israel to fly its ambassador and embassy staff home on Saturday.

Both Egypt and Israel say they want a return to normal diplomatic activities. Cairo has vowed to protect the embassy and try the attackers, offering some reassurance to Israel over its commitment to a 1979 peace treaty.

Despite their spats with Israel, Soliman played down prospects of the two nations aligning policies against the Jewish state.

“I don’t think they will have any big agreements when it comes to Israel,” he said. “There is a lot of exaggeration, I see it more as theatrics than anything practical.”

Egypt has received billions of dollars in U.S. military and other aid since signing its peace treaty with Israel, so the ruling generals face a balancing act when responding to public calls for a more assertive policy to towards the Jewish state.

When asked on Sunday about the attack on Israel’s Cairo embassy, Turkish Foreign Minister Ahmet Davutoglu only said Egyptians had given their own reaction and said Israel was more isolated.

But he added: “We as Turkey say that we will continue to bring on to the agenda Israel’s incorrect attitudes in all global platforms in the framework of international law and after this Israel will become even more isolated.”

Moshe Yaalon, Israel’s vice prime minister called on Erdogan in a speech in Tel Aviv on Monday to reconsider Turkey’s attitude in relations with the Jewish state.

“We have no interest in deteriorating relations with Turkey and we are worried that this attitude will encourage the terror groups. Therefore we call on Prime Minister Erdogan to change course,” Yaalon said.

Uzi Rabi, Middle East analyst at Tel Aviv university, said Erdogan’s trip was part of his bid to “strengthen his foothold in the Arab world.”

“He will use his visit to Cairo as a barometer to measure just how popular he is in the Arab street but some Arab leaders may not be as enthusiastic about seeing him feed on this popularity,” he added.

Erdogan will meet Field Marshal Mohamed Hussein Tantawi, head of the ruling council that took over when Hosni Mubarak was ousted in February. He is expected to address the Cairo-based Arab League.

The Turkish prime minister will also meet his Egyptian counterpart Essam Sharaf. The two are due to sign a political declaration to create a strategic council for cooperation and will sign economic, trade, investment and other accords.

Erdogan is due to visit Tunisia on Wednesday and hold talks in Libya on Thursday.

(This story corrects a quote from Israeli vice prime minister to “… we are worried …” instead of “… we are warning …,” in paragraph 15.)