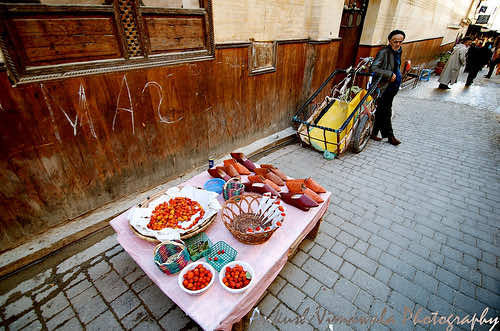 As developments unfolded in the Middle East and North Africa (MENA) during the past 8 months, one thing has become abundantly clear: the political transformation will not survive without an economic transformation.

As many analysts have pointed out, an overwhelming motivation of the people who took to the streets with the “Arab Spring” was the dismal economic and employment condition on the ground; high unemployment among the young, crony capitalism, inefficient welfare state, and even food shortages.

What has been less adequately reported, is that Tunisia and Egypt (along with Morocco and Jordan) have experienced an intense economic transformation during the past couple of decades, away from “Arab Socialism” of the 60’s and 70’s, and towards western style capitalism in the 80’s and 90’s. Through the guidance and assistance of the IMF and the World Bank, Tunisia and Egypt have pursued neoliberal economic policies (entrepreneurial freedom, strong property rights, free markets, and free trade), which have led to great income inequalities and a concentration of wealth among the political elite. Walter Armbrust’s article, ” A revolution against neoliberalism?“, makes it abundantly clear that corruption in Tunisia, Egypt, and other MENA nations now in turmoil, was the result of conflation of politics and business under the pretext of privatization – that the revolving door between government and business, and the participation in private business of political leaders, bureaucratic officials (technocrats) and even military personnel, and their enrichment from such preferential business deals was less a violation of the system and more “business as usual.”

The combination of authoritarian regimes (to suppress populist religious movements) and reliance on oil and gas exports for economic growth has produced weak and isolated economies conditioned on patronage and welfare and cut off from the global market. Nonetheless, the new regimes emerging from the Arab Spring will have to tackle the many economic problems that are plaguing the region. How do you promote economic growth in politically transitioning nations, like the ones of the Arab Spring? Which economic model (good old-fashioned “national” socialism, western neoliberalism, or some hybrid – see authoritarian capitalism under China?) should be implemented in pursuit of economic growth, higher employment, and equal opportunities for all (a major demand of the people in the streets).

Three levels of economic activity, where trade plays a role

Any strategy for instituting political reform in MENA will have to include a strong consideration for economic reform, and in particular integrating the region into the global economy. With the exception of natural resources (and Al Jazeera), most countries in the region have been net importers – relying heavily on foreign imports to cover even basic food needs. The Arab world stands alone and excluded from the benefits of global trade and economic integration. The nations emerging from the Arab Spring need to reenergize entrepreneurial activities at the local level, strengthen the regulation of national market, and facilitating exports through regional trade integration.

Local Level: At this level, commerce always existed, especially in the Arab world with its strong cultural affinity for exchange and bargaining. What small and medium size local merchants need to grow and flourish is the freedom from government regulation/intervention, AND the existence of an infrastructure system that only the government can create and maintain.

On the other hand, the central government should concentrate its efforts in providing the necessary infrastructure (roads and transportation systems, power grids, telephone, internet), and venues/methods for adjudication and dispute resolution (courts and other legal services) – all very necessary for the proper functioning of a local economy. It is imperative that small entrepreneurs have the necessary access to adequate transportation, consistent energy, and upgraded infrastructure for the 21st Century communication systems – something only the central government can guarantee.

National Level: Here, according to neoliberal economy theory, what applies for small companies and local markets should also apply nationally. However, it will be very challenging for a young democracy to both regulate and control large companies. After all, corruption at the top and exploitation of the public trust by the regimes of Tunisia and Egypt was in part what broke the proverbial camel’s back and sent the people to the streets. In order for neoliberalism to succeed, it will have to apply to the large national companies and the national market as well, subjecting them to the same free market economics that the middle class had to live by during the past 20 years.

Therefore it is imperative that any liberalization at the national level or any privatization of national companies be done slowly, methodically, and very, very carefully. Shock therapy like the one used in post-soviet Eastern Europe, and World Bank/IMF “one size fits all” economic policies which advocate for complete and unconditional liberalization of the market, will lead to the perpetuation of cronyism and the further enrichment of the current elite. For example, the government should scrutinize not only the selling/privatization of large and inefficient government companies, but also operation/management of large companies transitioning from national monopolies to market economies.

International Level: At this level, there are two trade-related strategies for growth; first, regional integration that focuses on movement of workers, goods, and capital; and second, preferential access to western markets through financial assistance from the World Bank and the IMF.

Free movement of workers is imperative for a region that has a lot of jobs to offer in the oil and gas industry, but relies heavily on migrant workers from sub-Saharan Africa and Asia. The region needs a common regulatory system that allows for preferential working permits of Arab citizens wishing to move from non-oil producing countries (like Egypt, Syria, Tunisia, Morocco, Yemen, Jordan) to oil-producing countries, but does not extend citizenship rights. Such movement of workers could alleviate unemployment in some countries, grow production in others, and foster better understanding and cooperation among the otherwise culturally and religiously similar people of the MENA.

Although many analysts hope that the Arab Spring will usher a new era of peace and democratic values for the region, Leon Hadar doubts that and argues that the Middle East should follow the ASEAN model of regional integration. (see: The Middle East Needs an ASEAN) Mr. Hadar argues that ASEAN is a mosaic of various political systems and old and new civilizations in various stages of economic development, which were brought together not by a common ideology, religion, or culture, but rather by their mutual economic and political interests. A free-trade zone for the MENA region, based on the large and educated middle class of the region, could provide many opportunities to local companies for growth.

A role for the West

On the other hand, the best thing the west can do for the MENA people right now is help them integrate into the global market… quickly but sustainably! Western nations should link democratic development with access to western markets, and promise to deliver the benefits of preferential trade access to the people of those nations that embrace democratic values and democratic forms of governance. The promotion and facilitation of a regional trade agreement should be at the forefront of any western economic initiative about the Arab Spring. After the revolutions sort themselves out, the U.S. and the EU must incentivize the growth of existing regional trade agreements, or the creation of new ones.

In particular, President Obama announced in his recent Mideast speech, that “it’s important to focus on trade, not just aid; on investment, not just assistance.” President Obama outlined the U.S. goal of promoting a development model based on economic openness and competition, trade and integration to global markets, and financial stability that enables more employment opportunities for young people. Of all the ideas proposed by President Obama, the most ambitious (and least defined) was the one about launching a comprehensive “Trade and Investment Partnership Initiative in the Middle East and North Africa.” President Obama promised to “work with the EU to facilitate more trade within the region, build on existing agreements to promote integration with U.S. and European markets, and open the door for those countries who adopt high standards of reform and trade liberalization to construct a regional trade arrangement.”

The question of how can the Bretton Woods institutions (WTO, IMF, World Bank) help the Arab Spring is hard to answer, considering that it was World Bank and IMF policies in the first place that led to the imbalanced liberalization of the Tunisian and Egyptian economies, and the inevitable crony capitalism that has followed the application of neoliberalism in the Middle East and throughout the world. On the other hand, during the most recent G8 summit this past May, the G8 countries pledged $20 billion of their own money to go along with $20 billion offered by the IMF and the World Bank to support the Arab Spring. However, it is unclear whether that represents new money, or the re-branding of existing aid commitments. Debt forgiveness or renegotiation of past debts by the post-Arab Spring governments should also be part of any IMF/World Bank strategy to help the region.

Finally, one model that could work for the transitioning economies of MENA is China. Although politically authoritarian, during the past 30 years China has pursued an economic policy of liberalization at the local level with centralized control and supervision of strategic industries at the national level. Government control and direction of most of the biggest companies has led to cronyism, the enrichment of the political elite, and income inequalities. On the other hand, small and medium size companies have been allowed to operate and thrive at the local level, lifting millions of people from poverty and creating a sizable middle class. They were able to do that even under heavy capital control regulations by the central government, and the lack of access to financing and the major banks. (See: Entrepreneurship in China.)

Granted, China is a large country with many opportunities – but China was as economically depressed and underdeveloped as many on the MENA countries are today. What China had was a culture of opportunity (in Chinese, the character for “crisis” is made of the characters for both “danger” and “opportunity”) and a belief that anyone could become successful. These are assets that the people behind the Arab Spring also posses.