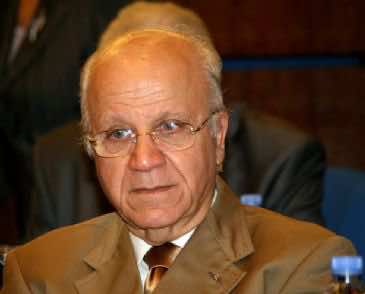 The Algerian government is prepared to recognize Libya’s revolutionary the National Transitional Council of Libya as the country’s legitimate government once it forms a broad-based administration, Algerian foreign minister Mourad Medelci said on Sunday at a news conference with his Malian counterpart.

Medelci said he was awaiting the formation of a government “representing Libyans of all tendencies,” before Algeria recognizes the NTC. He went on to say that contacts between the two countries have improved over the last two weeks.

The Algerian minister told Europe 1 radio that Libya’s National Transitional Council had vowed to set up a “government representative of all regions” and added: “When it has done so, we’ll recognize it.”

Algeria, Libya’s neighbor angered the NTC when it allowed deposed leader Muammar Al Qathafi’s second wife, Safiya three of his children and their siblings to cross the border and seek sanctuary from the manhunt for the fugitive leader. This fed the suspicion that its neighbor, based had supported Al Qathafi’s bid to cling to power and could be considering granting him protective asylum.

But Medelci dismissed this. He said that he after speaking with NTC number two Mahmud Jibril by telephone, they planned to hold talks later Tuesday in Paris with the movement’s chief Mustafa Abdul Jalil.

“The hypothesis that Al Qathafi could come knocking on our door was never considered,” Medelci said.

According to the Algerian daily El-Watan, Al Qathafi has tried to negotiate with Algerian authorities to enter the country from a Libyan border town, and citing sources close to the Algerian President Abdelaziz Bouteflika, the newspaper reported that Al Qathafi tried to reach Bouteflika by telephone but the President refused to take the call.

In another development, Libyan oil company, Arabian Gulf Oil Company (Agoco) said Monday it has restarted production at the eastern Libyan oilfield of Sarir in an early sign that after close to seven months of a bloody conflict, the industry is coming back to life.

Abdeljalil Mayuf, spokesman for Agoco said:”We now in Sarir have 70 wells in production,” adding that they are planning to restart the Sarir refinery and that the first crude oil will be sent to the Tobruk export terminal on Tuesday. Current output is 50,000 barrels per day, he said.