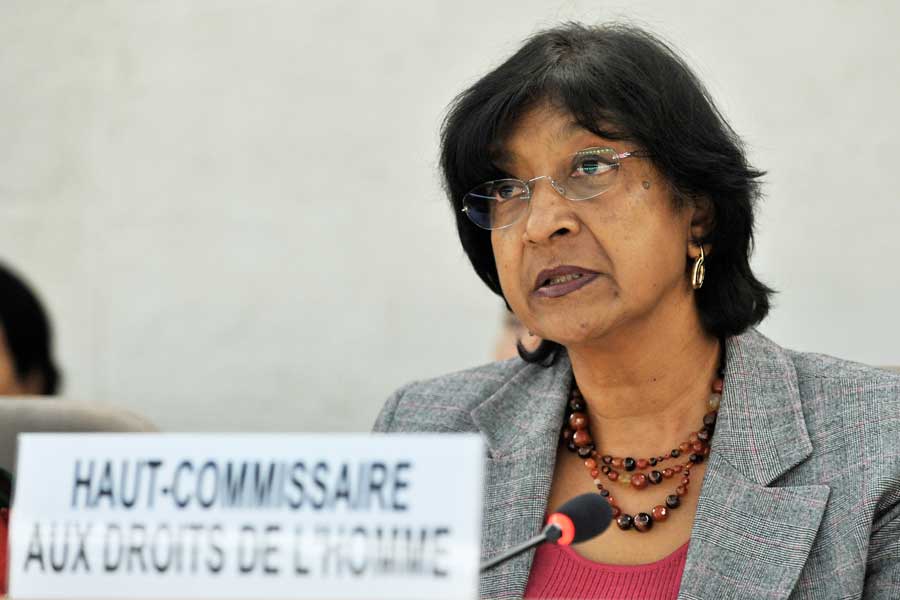 The United Nations human rights chief today called on authorities in countries in North Africa and the Middle East going through political transition to exercise restraint and to take steps to prevent acts of retribution or revenge.High Commissioner for Human Rights Navi Pillay noted that leadership in human rights requires a “particular and sustained” focus on situations where the old governing guard has been challenged but not yet ousted or replaced.

“In situations of transition or unrest, restraint must be observed,” she said in her opening statement to the 18th session of the UN Human Rights Council, which began today in Geneva.

“I call on all those in positions of authority to take steps to prevent the commission of crimes or acts of revenge, and for other concerned parties to strongly refrain from undertaking any acts of retribution,” she stated.

“Justice cannot be meted out summarily. Rather, it must be delivered, whether through national judicial mechanisms or international mechanisms, in accordance with human rights principles and the rule of law.”

In her statement, Ms. Pillay referred to several countries in the Middle East and North Africa that are currently experiencing unrest or undergoing political transition, such as Syria, Yemen and Libya. The situations in these countries are part of a wider pro-democracy movement that began earlier this year across the region, and that has already toppled regimes in Tunisia and Egypt.

On Libya, which has seen ongoing fighting between opposition forces and those loyal to the regime of Colonel Muammar al-Qadhafi, the High Commissioner said that emerging reports of brutal violations, including mass summary executions and disappearances, are “extremely alarming.”

She also voiced concern about the safety of migrants in Libya, in particular those from other African countries.

The Security Council is currently considering the deployment of a UN support mission for Libya, and Ms. Pillay stressed that the protection of civilians must be at the centre of any UN response in the immediate future.

In Yemen, protesters calling for greater freedoms, an end to corruption and respect for the rule of law are being caught in an “increasingly violent struggle for power,” she noted. “Hundreds have been killed and thousands have been injured.”

Information collected by an assessment team from the High Commissioner’s office (OHCHR) indicated that those seeking to achieve or retain power have deliberately sought to punish and cause severe hardship to the civilian population, including by cutting off vital access to basic services such as electricity, fuel and water, said Ms. Pillay.

Meanwhile, reliable sources on the ground in Syria report that the number of those killed since the onset of the unrest in mid-March has now reached at least 2,600.

Ms. Pillay noted that in all transitioning countries, the primary responsibility for taking steps that can ensure a successful outcome rests with the transitioning authorities. But the international community should stand ready to support them in these efforts, she added, stating the readiness of her office to offer its considerable expertise, including in the field of transitional justice.