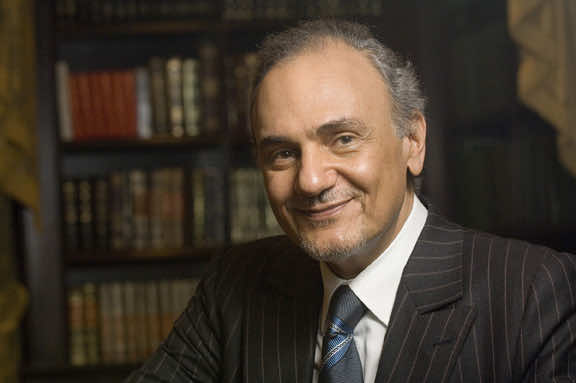 The United States must support the Palestinian bid for statehood at the United Nations this month or risk losing the little credibility it has in the Arab world. If it does not, American influence will decline further, Israeli security will be undermined and Iran will be empowered, increasing the chances of another war in the region.

Moreover, Saudi Arabia would no longer be able to cooperate with America in the same way it historically has. With most of the Arab world in upheaval, the “special relationship” between Saudi Arabia and the United States would increasingly be seen as toxic by the vast majority of Arabs and Muslims, who demand justice for the Palestinian people.

Saudi leaders would be forced by domestic and regional pressures to adopt a far more independent and assertive foreign policy. Like our recent military support for Bahrain’s monarchy, which America opposed, Saudi Arabia would pursue other policies at odds with those of the United States, including opposing the government of Prime Minister Nuri al-Maliki in Iraq and refusing to open an embassy there despite American pressure to do so. The Saudi government might part ways with Washington in Afghanistan and Yemen as well.

The Palestinian people deserve statehood and all that it entails: official recognition, endorsement by international organizations, the ability to deal with Israel on more equal footing and the opportunity to live in peace and security.

Israel should see the Palestinian bid for statehood not as a threat, but as a chance to return to the negotiating table and prevent further conflict. Recent polls show that up to 70 percent of Palestinians say they believe there will be a new intifada if the deadlock is not broken shortly; this should encourage Israel to seek peace with the moderate Palestinian leader Mahmoud Abbas.

The Obama administration has had ample opportunities to lead Israelis and Palestinians into bilateral peace talks, but American policy makers have unfortunately been more preoccupied with a deteriorating domestic economy and a paralyzed political scene than with finding a workable solution to this epic injustice. Because Washington has offered no viable new proposals, the least it can do is step aside and not hinder Saudi, European and moderate Arab efforts to advance Palestinian rights at the United Nations.

Even Israeli officials have recently admitted privately to their European counterparts that only Saudi Arabia will be able to give the Palestinians the required religious, political and financial legitimacy they need to complete a deal with Israel. Saudi Arabia had earmarked over $2.5 billion in aid to the Palestinian Authority since June 2009, making it by far the largest single supporter of the Palestinian cause. But this money will not do much good until Palestinians are granted their fundamental rights.

The 2002 Arab Peace Plan must be the starting point for negotiations; a two-state solution based on the 1967 borders is the only realistic foundation on which to restart talks, seeing as how the Oslo Peace Process has proved fruitless.

The Palestinian statehood initiative is a chance to replace Oslo with a new paradigm based on state-to-state negotiations — a win-win proposition that makes the conflict more manageable and lays the groundwork for a lasting solution.

The only losers in this scenario would be Syria and Iran, pariah states that have worked tirelessly — through their support of Hamas and Hezbollah — to undermine the peace process. Saudi Arabia recently played a leading role in isolating Syrian President Bashar al-Assad’s brutal government by demanding an end to the killing of protesters and recalling the Saudi ambassador from Damascus. The impending fall of Mr. Assad’s barbarous regime provides a rare strategic opportunity to weaken Iran. Without this vital ally, Tehran will find it more difficult to foment discord in the Arab world.

Today, there is a chance for the United States and Saudi Arabia to contain Iran and prevent it from destabilizing the region. But this opportunity will be squandered if the Obama administration’s actions at the United Nations force a deepening split between our two countries.

Although Saudi Arabia is willing and able to chart a new and divergent course if America fails to act justly with regard to Palestine, the Middle East would be far better served by continuing cooperation and good will between these longstanding allies.

American support for Palestinian statehood is therefore crucial, and a veto will have profound negative consequences. In addition to causing substantial damage to American-Saudi relations and provoking uproar among Muslims worldwide, the United States would further undermine its relations with the Muslim world, empower Iran and threaten regional stability. Let us hope that the United States chooses the path of justice and peace.

Prince Turki al-Faisal, a former director of Saudi Arabia’s intelligence services and a former Saudi ambassador to the United States, is chairman of the King Faisal Center for Research and Islamic Studies.