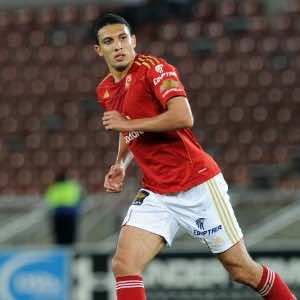 Al-Ahly of Egypt clung to an African Champions League lifeline at the weekend by ending a 396-minute away-goal drought to force a 1-1 draw at Wydad Casablanca of Morocco.

After failing to score against SuperSport United in South Africa, ZESCO United in Zambia, Esperance in Tunisia and Mouloudia Alger in Algeria, the Cairo ‘Red Devils’ flew across North Africa knowing defeat would eliminate them from the competition.

Failure to reach the semi-finals would also have completed a black period in Egyptian football with the national team ousted from the 2012 Africa Cup of Nations qualifying competition last weekend after losing in Sierra Leone.

It was striker Mohamed ‘Geddo’ Nagy, five-goal star when Egypt won a record third consecutive Cup of Nations title in Angola last year, who put Ahly ahead nine minutes before half-time against Wydad.

Wydad almost levelled soon after when striker Yassine Lakhal struck the woodwork, but two minutes into the second half they did score as defender Abderrahim Benkajjane headed home an Ayoub Skouma free kick.

Ahly came increasingly under the cosh and veteran centre-back Wael Gomaa cleared off the line eight minutes from full-time to deprive striker Mouhssine Iajour of his sixth goal in the competition this year.

Much fitter Wydad laid siege to the Ahly goalmouth in the closing stages, seeking the goal that would win the match, clinch a last-four place, and condemn record six-time champions Ahly to the wilderness.

Iajour squandered a half chance by firing wide with two minutes left and fellow striker Ayoub el-Khaliqi was cautioned as the stadium clock reached full-time for a penalty-seeking dive.

Ahly now turn their attention to a home match with Group B Esperance of Tunisia this Friday — a game they must win to keep alive hopes of collecting the 1.5-million-dollar first prize and a place at the year-end Fifa Club World Cup in Japan.

Victory will suffice if Wydad do not win at Mouloudia Alger of Algeria, but maximum points for the Moroccans would leave Ahly needing a two-goal triumph over Esperance to squeeze through on the head-to-head rule.