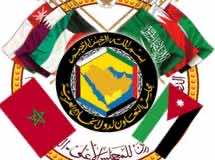 Morocco’s belonging to the Maghreb is perfectly consistent with its desire to build an advanced partnership with the member states of the Gulf Cooperation Council (GCC), Moroccan Foreign Minister has said.

Taib Fassi Fihri added, during a joint press conference on Monday with his Kuwaiti counterpart, Sheikh Mohamed Sabah Salem Al-Sabah, following the signing of a memorandum of understanding on visa exemption for holders of diplomatic and special passports, that Morocco is an integral part of the Great Arab Maghreb (Algeria, Libya, Mauritania, Morocco and Tunisia) and its future lies in its natural and geographical environment.

“With our brothers of the Gulf, we are ready to reach a participatory model within an advanced framework” for the benefit of the peoples of the region and the western part of the Arab world, he said.

On Morocco-Kuwait relations, the two ministers stressed, according to KUNA news agency, their firm resolve to enhance bilateral relations in various fields.

They called for stronger cooperation between the states of the GCC and the Arab Maghreb towards building a model of cooperation which fulfills the aspirations of the Arab peoples.

Fassi Fihri insisted that Morocco and Kuwait enjoy a climate of openness and freedom of the press, adding that “we are convinced that the two countries will forge ahead on the path of democracy and development for the benefit of their peoples.”

He noted that his talks with his Kuwaiti interlocutors examined issues of common interest, especially the Israeli-Arab conflict

In this regard, he highlighted the two sides’ shared views on the need to support the Palestinian authority towards building an independent state, with Al Quds as its capital.

Sheikh Mohamed Sabah Salem Al-Sabah, for his part, underlined Morocco’s active role both at the regional level and as a “gateway linking the Arab world, Africa and Europe.”