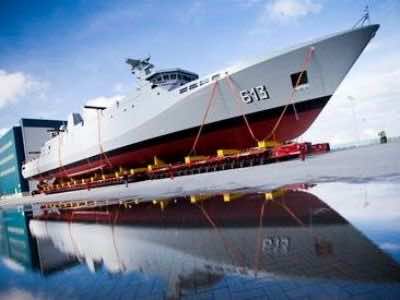 VLISSINGEN, Netherlands — Morocco has officially received the first of three SIGMA class frigates from the Netherlands following sea trials and finishing of outfittings.

“Once again DSNS has proved to be a highly reliable partner as the ship was delivered in time, on schedule and meeting all the requirements as stated in the contract,” the company said.

Delivery of the frigate was achieved within four years from the effective date of contract after a period of engineering and three years of construction.

After commissioning, the crew of the Tarik ben Ziyad will continue with another three weeks of Sail Safety Training in Den Helder, the Netherlands, and the North Sea. The training will be conducted by training teams of the Netherlands navy.

The Tarik ben Ziyad will sail to Morocco at the end of this month.

Construction of the next two frigates for the Moroccan navy is under way.