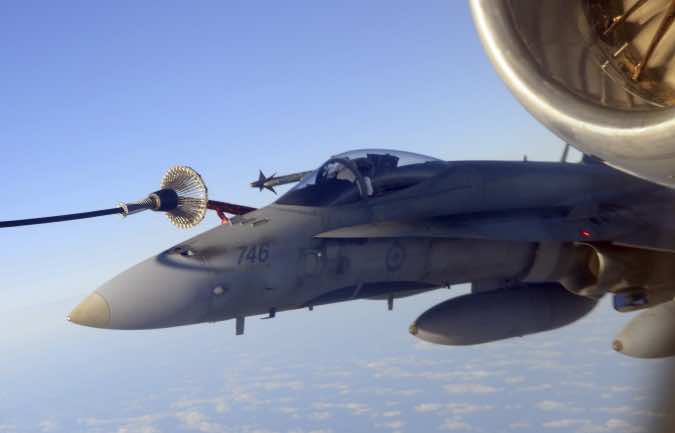 The Libya intervention presents an unsettling paradox, says Thorsten Benner. While it was the right decision to prevent a massacre in Benghazi, NATO’s subsequent actions could harm future efforts to protect civilians.

We are witnessing the heyday of the Libya intervention triumphalists. Presented with a rare instance of something that can halfway credibly be  labeled a victory, France, the UK, the US and the NATO Secretary-General can be forgiven for savoring the moment without too many second thoughts.

Much more troubling is the carelessness with which some prominent supporters of the intervention on humanitarian grounds deal with concerns about NATO’s interpretation of the UN Security Council resolutions on Libya.

Case closed – at least for the former foreign minister. But the story is more complicated than Fischer wants us to believe. Upon closer inspection it leaves us with an unsettling paradox: it was the right decision of the Security Council to authorize “all necessary measures” to stop the mass killing of civilians in Benghazi and beyond.

And indeed the resolutions 1970 and 1973 are historic in the sense that the Security Council (supported by the Arab League) for the first time makes explicit use of the “Responsibility to Protect” (R2P), the fledgling international norm that UN members agreed to in 2005.

But rather than giving “extraordinary new momentum and authority” to the R2P (as former Australian foreign minister Gareth Evans as a leading proponent of the norm has argued) the very interpretation of the “protection of civilians” mandate by NATO risks doing exactly the opposite.

A closer look at NATO’s “Operation Unified Protector” and how it is perceived by non-NATO members reveals why this is the case. NATO aircraft have flown around 21.000 sorties. 8.000 of those were “strike” sorties on 4.500 targets ranging from Libyan tanks and army installations to homes of Libyan dictator Gadhafi.

French and British special forces (in cooperation with Qatar) armed and trained rebel forces on the ground in Libya. For the NATO Secretary-General this is a cause for jubilation. “NATO has been implementing the mandate with unprecedented precision”, he contends. He prides himself that this mission with its “historic” and “unprecedented” “R2P mandate within five months “degraded a war machine which was built up over more than 40 years”– all in the name of protecting civilians.

His pride in a job well done, however, is not shared by other major powers. “Libya has given R2P a bad name” India’s UN ambassador, Hardeep Singh Puri, asserts. His colleagues from China, Brazil, Russia and South Africa also seem to concur. They all make the same point: the UN Security Council authorized a mandate to protect civilians. NATO turned it into a mission for regime change.

Many other countries are likely to conclude from this mission to never again agree to mandate for the protection of civilians that allows NATO such political leeway. We have already seen this over the past months when China and Russia have put their foot down against any far-reaching resolution against Syria.

Proponents of NATO’s course of action can argue that in the Libya case the dictator was the principal threat to civilians and therefore protecting civilians automatically amounted to supporting regime change.

They can also cite international law professors who believe that NATO’s action were indeed within a justifiable interpretation of the UN mandate.

But was NATO’s chosen course of action really without alternatives?

NATO’s choice to rely on military means alone at the very least reveals a lack of creativity in terms of combining the available tools from targeted sanctions to political mediation in sequence or even in parallel with targeted military efforts.

NATO and its allies achieved their first major success in protecting civilians when they stopped the attack on Benghazi and crippled Gadhafi’s forces around other major population centers. NATO could have immediately opened another front in terms of political mediation efforts (supported by regional powers).

Without an ICC indictment maybe even the megalomaniac dictator could have been nudged toward exile.

But this is crying over spilt milk. It is wiser to look forward and address the widening political rift between NATO and non-NATO countries on the issue of protection of civilians.

NATO triumphalism is certainly as bad a start for this as the ludicrous assertion by Russia’s NATO ambassador that NATO was embarking on a “new crusade” and an “oil war” in Libya.

Rather, all major powers should start a serious dialogue on the meaning of “responsibility to protect” and how to translate the principle into practice using the full toolbox of political and military measures.

This dialogue will definitely face many obstacles. But if it succeeds in easing the tensions between both camps, the inhabitants of the next Benghazi will certainly be grateful for the effort.

Thorsten Benner is co-founder and associate director of the Global Public Policy Institute (www.gppi.net) in Berlin and a co-author of The New World of UN Peace Operations: Learning to Build Peace? (Oxford University Press 2011).