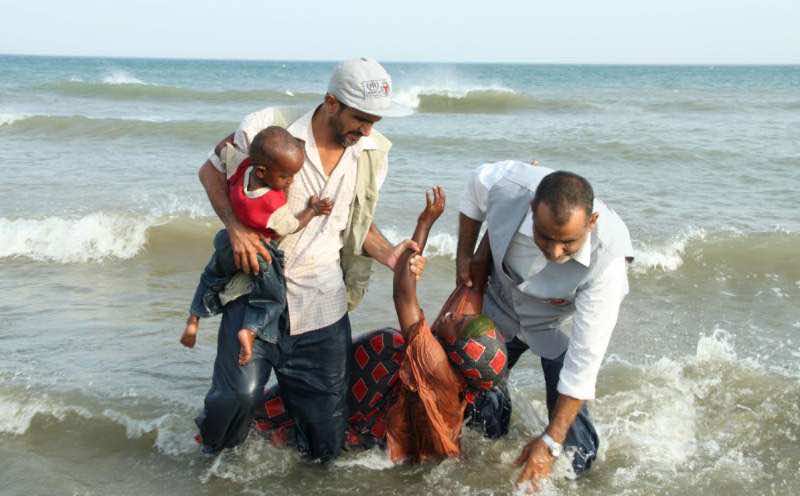 The United Nations refugee agency announced today it is awarding a prestigious prize to a Yemeni group that provides life-saving assistance to thousands of people who arrive on the country’s shores after making the dangerous boat journey across the Gulf of Aden.The Society for Humanitarian Solidarity of Yemen is the recipient of the 2011 Nansen Refugee Award, given by the Office of the UN High Commissioner for Refugees (UNHCR), which carries a cash award of $100,000.“Thousands of refugees owe their survival to the people working for the Society for Humanitarian Solidarity,” said UN High Commissioner for Refugees António Guterres. “Their complete dedication to the service of mankind deserves this global recognition and support.”

Thousands of refugees and migrants desperate to escape violence and poverty in the Horn of Africa risk their lives every year by putting themselves into the hands of smugglers and cross the Red Sea and the Gulf of Aden in crowded and often flimsy boats.

Some are beaten or abused, and arrive traumatized and ill on the Yemeni coast. About 60,000 people have made sea crossings to Yemen so far in 2011 – higher than the total for all of 2010. It is estimated that at least 120 people have drowned trying to make the journey.

Staff from the Society for Humanitarian Solidarity monitor about a third of Yemen’s 2,000- kilometre-long coastline, picking up survivors, providing emergency care and, all too often, burying those who die en route, UNHCR said in a news release.

The founder, Nasser Salim Ali Al-Hamairy, said that he would use the Nansen platform to call on the international community to “intensify efforts to improve the situation in Somalia to help dissuade people from attempting the risky crossing.”

Created in 1954 in honour of Fridtjof Nansen – the Norwegian explorer, scientist and the first League of Nations High Commissioner for Refugees – the annual award is given to an individual or organization for outstanding work on behalf of refugees.

This year’s award ceremony will take place on 3 October in Geneva.