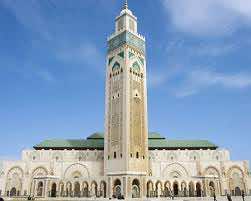 Explaining the approach implemented by Morocco, the Department of State noted, in its 2010 International Religious Freedom Report, the continuation of the training of female Muslim spiritual guides (Mourchidaat), a programme launched in 2006, which aims to “promote tolerance and to increase women’s spiritual participation.”

The report recalled, in this respect, that since the inception of the programme over 200 women have been trained and are now providing counsel to women, girls and children on variety of subjects, including their legal rights and family planning.

The efforts made by Morocco to promote moderate Islam are seen through the religious freedom that Moroccan Jews are enjoying “in safety throughout the country” as well as Christian communities abroad, said the report.

In order to encourage interfaith dialogue, the document also noted that Jewish culture and its artistic, literary, and scientific heritage is taught in some Moroccan universities, citing as an example the teaching of Hebrew and comparative religion in the Department of Islamic Studies at the University of Rabat.

Studies of Christianity and Judaism are part of a course of academic theological studies, added the Department of State in the same context.