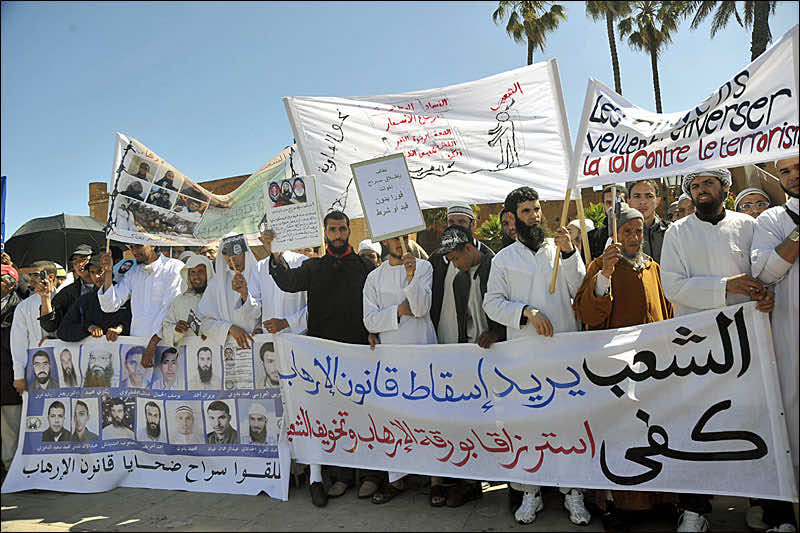 Many Salafist leaders exhorted their followers to join the ranks of pro-reform activists. But analysts question whether their true intention is a desire for democratic change.

Casablanca–When a wave of protests engulfed Morocco, Salafists tried to turn the momentum for change to their own use. The youth-led February 20th Movement, however, distanced themselves from the radicals, insisting on their adherence to democratic principles.

In March, a group of Salafists announced the formation of the “Moroccan Salafist Movement for Reform”. They declared adherence to the principles of monarchy and the kingdom’s territorial integrity. The group described itself as a “moderate, peaceful” movement that “doesn’t embrace violence, extremism and radicalism as a way of thinking or reforms” and exhorted its followers to participate in February 20th demonstrations.

They urged the authorities to deal responsibly with demonstrators and called for “expanding the scope of individual and collective freedoms”, social justice, anti-graft measures, judiciary reforms and repealing Morocco’s anti-terrorism law.

Later, a video appeared on the internet showing Mohamed Hajib, who is serving a 10-year term on terrorism charges in Sale prison, calling on Salafia Jihadia supporters to join the February 20th demonstrations.

In his message, Hajib used Osama bin Laden-style rhetoric while trying to employ the slogans of the pro-reform movement. Like al-Qaeda’s slain leader, he talked about dividing the “world in two halves”. Like the February 20th Movement, he called for “holding to account corrupters who embezzle public money and benefit from economic returns”.

The participation of repentant Salafist Sheikh Mohamed Fizazi in February 20th demonstrations in Tangier triggered extreme reactions from the youth-led movement, especially after he called for cleansing the group from those who do not fast during Ramadan.

Known for his adherence to takfirist radical ideology, Fizazi blessed the September 11th attacks on the United States. He was arrested after 2003 Casablanca bombings. Two years ago, Fizazi made a revision of his thoughts and was released as part of a royal pardon that was extended to 92 Salafist prisoners.

“The demands of Salafia Jihadia Movement, especially the ones related to human rights abuses in terrorism-related files, were the point where the February 20th and Salafia Jihadia movements agreed,” Mohamed El Aouni, national co-ordinator of February 20th Movement, told Magharebia. “However, their participation in demonstrations remained limited and intermittent.”

He noted that Salafists had taken part in late April demonstrations but then stopped after a prison riot in Salé. They resumed their participation at the end of Ramadan, El Aouni said.

“The February 20th is an open protest movement, and we can’t object to the participation of anyone in it,” the activist added.

For his part, Moroccan political analyst Mohamed Darif said that the February 20th movement had nothing to do with Salafia Jihadia, who tried to join the protest group but failed.

Later, however, the movement evolved into an open framework for protest for all Moroccans across the spectrum.

Salafists don’t mesh with the February 20th movement on an organisational level, the expert noted, citing the membership of many young protestors in ideologically-incompatible radical leftist groups and Al Adl Wal Ihsane.

According to researcher Abdallah Rami, Salafia Jihadia members partake in February 20th-held protests under the pretext of rights demands, but in fact pursue other goals, including a search for media presence and recruitment.

“They realise that there is a wave of shifts that no one controls, and therefore, they seek to take up positions and wait,” said Rami, who works at the Moroccan Centre for Sociological Studies.