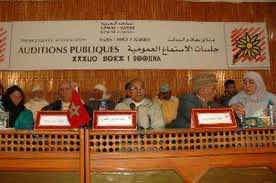 These days are a turning point in the history of the Arabs. It is a murky period in which we cannot distinguish the genuine from the corrupt, and the rebels from the free riders. We discovered that some people in the “old regime” change their allegiance quicker than they would change socks. How many dictatorship servants – who shaped dictatorship because of the key positions they held in the past – became  “rebels” overnight just because they defected to the other camp? This is a very dangerous tradition that might be lethal to the construction of a real democracy in the Arab world.  Servants of dictatorship cannot build a democracy because they will definitely work from within to establish a dictatorship smarter than the one they served and lost.

This is an important introduction before we talk about the sensitive issue of Arab collective memory especially with the fall of Kaddafi’s regime and the beginning of Mubarak’s trial. Disagreements abound between those who seek revenge and those who want to see justice and reconciliation. For those who seek justice, this latter is the biggest guarantee that these countries are ready to enter the era of institution and nation building and therefore the establishment of a genuine democracy. Revenge is more dangerous than dictatorship itself because it will simply fan the flames of hatred and derail the revolutions from their initial goal of state building and democratization.

We cannot dissociate revenge, justice and reconciliation from the collective memory. This latter has always been surrounded by heated debate, not only because it is about the past but also because it is about the present and the future. Memory relies on remembering and we tend to mostly recollect what happened to serve our goals in the present. Thus talking about collective memory is always thorny and laden with conflict. Those who manage to impose their version of memory, manage to also impose their version of history and thus decide who shoulders responsibility for the negative symbolic and historical consequences of that past.

Since the Arab dictatorships’ tight grip on their people’s collective memory is slackening (if not totally finished), Arab people find themselves face to face with the test of collective memory and its implications for institution building, rule of law, human rights and redress all sorts of individual and collective violations of human rights inflicted to them during the defunct dictatorial period. Revolutions would not be complete without defining the historical and symbolic responsibilities for the violations of the past. It is an important step forwards in order to come to terms with the past. Reconciliation does not mean forgetting, it means elevating our memories to the level of national heritage so that the repetition of these painful violations will be avoided in the future.

The big question now is how to deal with the heritage of a wounded collective Arab memory after the revolutions? Is revenge enough to reconcile people with their past or should justice take its course and only through justice can reconciliation be achieved? What about reconciliation commissions that worked in different countries and managed to establish some precedents that can inspire Arabs to come to terms with their collective past?

Transitional periods are very sensitive in all people’s histories, and all the atrocities that we have been watching, reading about, will watch and read about in Libya are just a manifestation of the deep anger that has nested in people hearts and minds for over forty years because of the “iron and fire” grip of Kaddafi to power. It is normal that people have accounts to settle with the old regime and its acolytes. Moreover, the calls emanating from large sections of the Egyptian society to lynch Mubarak show how despised he is and how much pain he inflicted on the Egyptian people during his three decade rule.

However, opposite to these revenge laden voices, we also hear strong advocates of a transparent and equitable justice. Justice, in their eyes, is the most civilized way to show that there is readiness to transition into a democratic state where the rule of law reigns.

Resorting to justice and providing the dictators, and their acolytes, with fair trials will allow people to know the truth of their long years in power. A knowledge that is primordial to refresh  national collective memory, cleanse it from all sorts of lies, and set it free from a fifty year sequestration in the hands of dictatorship. Justice is the only safeguard for Arabs to come to terms with their painful past but mostly importantly to send a firm message to anyone who rules in the future that their crimes against their people will not go unpunished.

Reconciliation comes after justice and cannot substitute the latter. Reconciliation is vital in transitional periods and we have three examples of countries who managed to come to terms with their collective memory completely or partially within the framework of a national concord sensitive to safeguarding the collective memory, documenting the past crimes, redressing harms and providing support for the victims of dictatorship. These three samples, despite their shortcomings and disagreement of many of the victims, can serve as role models for the new Arab world in its search of reconciliation:

-Equity and Reconciliation Commission (IER) in Morocco. It was created in 2004 to redress the collective violations of human rights and rehabilitation of the victims of the lead years (1958-1999). It is the first commission in its kind in any other Arab country.  It sought to completely resolve the issues of forced political disappearance and arbitrary detention, and provide financial reparation for the victims.  Despite its great work, under the leadership of Driss Benzakri, IER was at the center of a virulent criticism from victims who wanted to prosecute their torturers.

– The Commission of Truth and Reconciliation in South Africa. This latter was created in 1995 in order to investigate violations of human rights under the apartheid regime. The commission listened to the victims, documented the crimes perpetrated against them and launched a national debate about the atrocities of apartheid. The victims were not afforded any financial reparation but they did not waive their right to bring their torturers to justice.

-The National Commission on the Disappeared in Argentina. Created in 1983 and was “mandated to investigate the disappearances of people between 1976 and 1983 and uncover the facts involved in those cases, including the locations of the bodies”. Financial reparation was provided to the victims of unlawful detention, for the period between 1976 and 1979, in 2004. The victims of this period kept also their right to prosecute their torturers.

Besides investigating the crimes committed by the state apparatuses in the past, identifying the victims and providing them with financial reparations, these commissions made very important recommendations to their political leadership in order to strengthen the institution building, anchor their nascent democracies and guarantee that these violations will not be repeated. Despite their shortcomings, their recommendations remain very important historical documents to understand these societies’ pasts and better apprehend their national collective memories.  These three samples can serve as a departure point for the Arab nations in their way towards political pluralism and responsible citizenship based on the values of justice, truth and total breaking with tribalism and abhorrent sectarianism that will never lead to justice, and will not contribute to the Arab’s transition to a civic, democratic and modern state.

Now that the dictators’ trials are under way, at least in Egypt, it is important that national reconciliation projects be implemented in order to reconstruct the national collective memory. An important step for Arab people to liberate themselves from the shackles of their painful past. Trying the ousted dictators should be a priority without revenge or gloating. It should be seen as a supreme national duty to preserve the collective memory and commemorate those who gave their lives on the altar of freedom in their fight against dictatorship.

Revenge cannot build a modern state, only through a national global dialogue, can a nation come to terms with its own history. Thus, opening the archives of corruption, dismembering the apparatuses of oppression, turning their headquarters into museums, building statues for the victims, opening television microphones for people to talk and remembering the heroes of liberation are all very symbolic actions that should be undertaken by the new order in order to keep the hope alive that revolutions have brought a new culture and a new order to the Arab world. One last thing, dictators should be given the fairest of trials even if they refused them to their opponents in the past. It is important to turn the page and start afresh without forgetting dictatorships atrocities.

Brahim El Guabli teaches Arabic language and culture in the United States. His areas of research include Arabic literature, Islam and society, and “berbérité” and Islam among the Berbers of southeast Morocco. Brahim is currently working on an anthology of young Moroccan poets. He is a contributor to Morocco World News.

An earlier version of this article was published in: www.resetdoc.org.