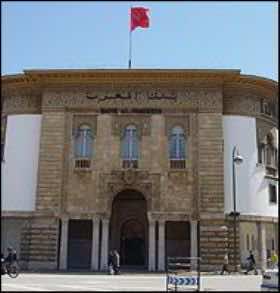 In an analysis focused on the revitalization of the Moroccan financial market, received Wednesday by news agency MAP, the group noted that this market has slowed down in 2011 in spite of the strong performance and bright prospects for some key companies in banking and real estate.

OGB, which noted that many players in the mining sector and other areas bucked the trend, said that a number of planned major deals should boost Moroccan market activity in 2012.

The group recalled, in this sense, that in 2010 the Casablanca bourse’s two benchmark indexes, the MADEX and the MASI, grew 22.1% and 20.6% year-on-year, respectively.

According to OGB, 2011 has so far been a quieter year for the Moroccan market, noting that as of mid-July, “the MADEX index was down 9.01% since the start of the year having fallen back to September 2010 levels of around 9400 points.”

OBG also observed that some economic sectors in Morocco have continued to post large gains in 2011, such as the mining sector that has performed strongly, buoyed by rising international commodity prices.

The group also highlighted the performance of Maroc Telecom, the largest company by capitalization listed on the bourse.

The telecommunication company, which has seen gains of 3.4% in mid-July, was the most active listing in terms of transaction volume in the first half of the year, said the group.

OBG also underlined that a number of deals set to take place in the short term should stimulate market activity in the second half of 2011 and into 2012.

It recalled a plan of Banque Centrale Populaire to increase its capital by 10% through a public offering on the Casablanca exchange before the end of the year.