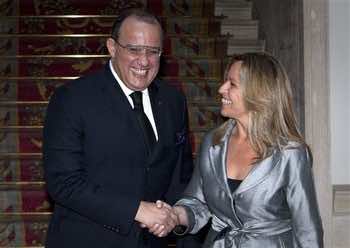 Madrid – With “sure steps” and “concrete measures”, Morocco is forging ahead with the democratic process, said on Wednesday, Spain’s Foreign Minister Trinidad Jimenez.
Morocco adopted concrete measures within the framework of a process of democratic reforms that was launched years ago, noted Jimenez, who was Speaking to the Foreign Policy committee at the Spanish Congress of Deputies.

Earlier in the day, during a plenary session at the Congress of Deputies, the Spanish official highlighted bilateral relations with Morocco as “strategic” and “important”.

She noted that the Spanish foreign policy under Zapatero’s government led to strengthening relations with North African, Mediterranean and Latin American countries.