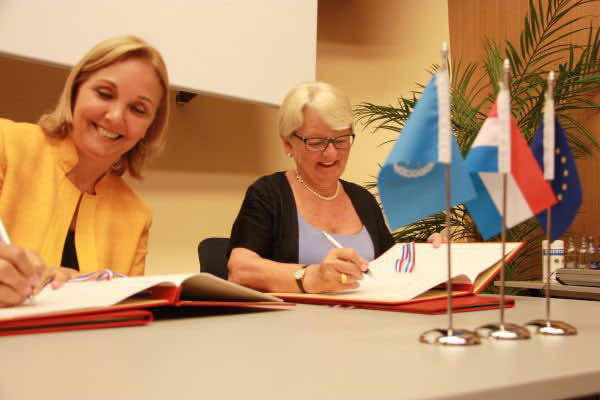 Millions of victims of humanitarian emergencies, particularly in West Africa, will benefit from a new life-saving partnership signed today between the United Nations and Luxembourg to provide a rapid response in food aid and communications needs.

“This partnership is launched at a critical time in the world – economic and weather shocks continue to challenge the food security of nearly 1 billion people on earth,” UN World Food Programme (WFP) Executive Director Josette Sheeran said of the agreement signed by her agency.

“Luxembourg’s support for humanitarian assistance and international cooperation is second-to-none,” she added, noting that the grand duchy, with a population of some 500,000, is WFP’s largest per-capita donor, with more than €15 for every one of its citizens.

Ms. Sheeran stressed that Luxembourg’s commitment to sign multi-year partnership agreements with WFP allows for forward planning and flexibility that ensure the most effective deployment hunger tools to fight hunger.

Under the four-year agreement Luxembourg will provide €30.8 million to support emergency response and programmes such as school meals, nutrition activities in West Africa, nutritional support to HIV/AIDS and tuberculosis activities and emergency preparedness.

It is also providing an in-kind donation by developing an innovative platform to support telecommunications in emergencies, allowing WFP, as head of the humanitarian community’s Emergency Telecommunications Cluster, to set up life-saving voice and data links during quick-onset disasters such as earthquakes and floods as well as other operations around the world.