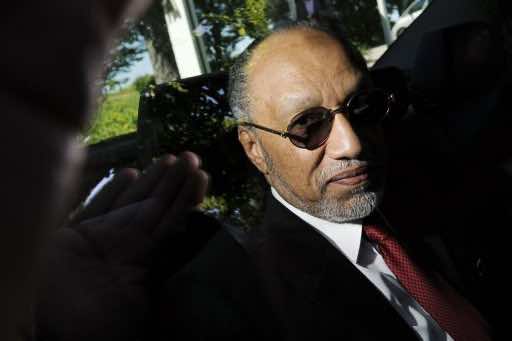 BERNE – Former FIFA presidential candidate Mohamed Bin Hammam has lost his appeal against a life ban for his part in a cash-for-votes scandal, one of several recent controversies to hit world soccer.

“The appeal made by Mohamed Bin Hammam has been rejected and the decision of the FIFA ethics committee confirmed,” FIFA said in a statement on Thursday.

“The sanction of being banned from taking part in any kind of football-related activity (administrative, sports or any other) at national and international level for life has therefore been maintained.”

He withdrew his candidacy, and was then provisionally suspended, days before the June election over allegations that he had tried to buy the votes of Caribbean officials by handing them $40,000 each in brown envelopes.

Blatter was subsequently re-elected unopposed for a fourth term as FIFA president.

Qatari Bin Hammam was then banned for life by FIFA’s ethics committee in July after being found to have broken seven articles of the ethics code, including one on bribery.

Bin Hammam has denied the allegations and has already said he plans to take his case to the Court of Arbitration for Sport (CAS).

Former CONCACAF president Jack Warner, considered a major FIFA powerbroker, resigned in June after he was also accused of wrongdoing at the same meeting as Bin Hammam in Trinidad on May 10-11.

The investigation against Warner was dropped as a result of his resignation.

A further 16 Caribbean officials, eight of them heads of their national federations, were placed under investigation by FIFA’s ethics committee last month.