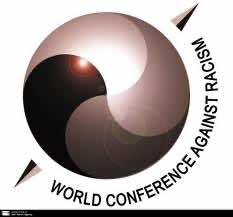 Britain said on Thursday it will boycott a United Nations meeting this month marking the 10th anniversary of an acrimonious conference on racism.

“The British Government has decided that the UK will not attend the U.N. meeting later this month to commemorate the 10th anniversary of the World Conference on Racism,” Foreign Secretary William Hague said in a statement.

“That conference, and the anti-Semitic atmosphere in which it was held, was a particularly unpleasant and divisive chapter in the U.N.’s history. It is not an event that should be celebrated,” he said.

The conference is being held in New York on September 22. The United States and Israel walked out of the 2001 World Conference against Racism, held under U.N. auspices in Durban, South Africa, over Arab attempts to brand the Jewish state racist.

A follow-up conference in Geneva in 2009 also descended into chaos with Iranian President Mahmoud Ahmadinejad prompting a walk-out when he called Israel a “cruel and repressive racist regime.”

Some Western powers, including the United States, boycotted the 2009 meeting. Britain was represented but did not send a minister to that meeting.

“The United Nations is the right place to discuss these important issues, in a serious way that delivers genuine progress. The UK continues our work with the U.N. to implement many of the commitments from th