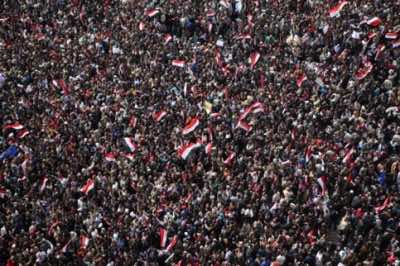 Group of Eight finance chiefs pledged $38 billion on Saturday in financing to Tunisia, Egypt, Morocco and Jordan over 2011-13, widening a deal agreed in May and offering Libya the chance to partake too.

The IMF promised a further $35 billion in funding to countries affected by Arab Spring uprisings and formally recognised Libya’s ruling interim council as a legitimate power, opening up access to a myriad of international lenders as the country looks to rebuild after a six-month war.

G8 chair France said the figure agreed at talks in the Mediterranean port of Marseille was roughly double a sum agreed in May, when the eight economic powers met in the northern French seaside town of Deauville. In Marseille, the original Arab Spring partnership was extended to Jordan and Morocco.

Finance Minister Francois Baroin said that Libya, whose National Transitional Council was represented at the talks, had also been invited to join the so-called Deauville Partnership.

“The institutions pledged to increase their financial network to $38 billion compared with the $20 billion pledged at Deauville,” Baroin told a news conference. “These are not just words, an important step was taken this morning.”

Getting IMF recognition is significant for Libya’s interim leaders as it means international development banks and donors such as the World Bank can now offer financing.

“Libya attended this meeting as an observer and I’m very pleased to report that the IMF now recognises the interim governing council as the official government of Libya,” IMF chief Christine Lagarde told a separate news conference.