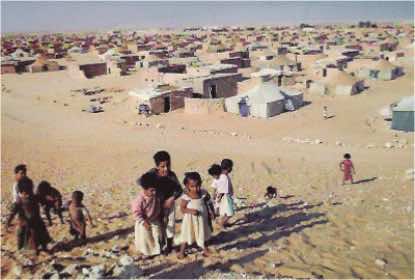 The International Democratic Centre (IDC) drew, on Thursday, the attention of the U.N. Human Rights Council (HRC) to the non-respect for freedom of expression in the Polisario-run camps of Tindouf (Algeria’s south-west).

Speaking at the 18th HRC session, Bashir Dahy, delegate of the IDC, said that freedom of expression is one of the most violated rights in these camps.

He cited the case, in this regard, of the artist Najem Allal, who lost his job and was banned from any musical event in or outside the Polisario camps.

His only crime, has said, is that he produces songs in which he expresses the desperation of the population in the camps.

He urged the Council to ensure freedom of expression and movement in these camps, protect human rights activists and ensure that they fully enjoy fundamental rights as they are the voices of freedom and liberation in the camps.

The speaker also reiterated his NGOs commitment to defending the civil, political, economic, social and cultural development and development rights of the population sequestered in the Polisario camps, urging the HRC to give special attention to this situation.