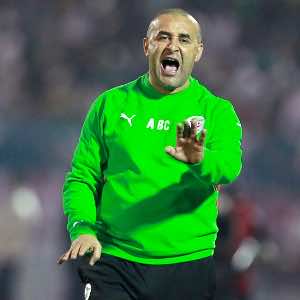 Morocco’s Wydad Casablanca will be the favourites to beat MC Alger in Algeria on Friday in the final match of the Caf Champions League Group B.

Wydad won the first clash 4-0 and are now second in the group on seven points from five matches.

MC Alger are at the foot of the table with two points and are still smarting over a 4-0 humiliation they suffered at Esperance of Tunisia last weekend.

New coach Abdelhak Benchikha was expected to revive the flagging fortunes of the Algerians but found the going in Tunisia rather tough.

Benchikha defended his tactics in Tunisia, saying he is a coach and not a magician as MCA need a lot of work to compete favourably with the likes of Esperance.

“We were up against a good team who want to go very far in this competition as they have often done. Unfortunately, we started the game very badly and conceded three goals and after that the game was won and lost,” defended the former Algeria coach.

“I have been criticised for playing too many defenders. But if I had not done so, we would have lost by as many as 10 goals.”

He continued: “We should admit that MCA were already out of this competition by the second round of the group matches.

“It will take time and a lot of hard work to get this team back on track. I’m a professional, not a magician!”

This is a formality game for the hosts, but Wydad will need to win on Friday to guarantee their passage to the next stage of the competition because third-placed Al Ahly could well leap frog them if they beat Esperance 2-0 in Cairo Friday.

At the weekend, the Moroccans failed to take their chances to send Ahly packing from the competition when they forced them to a 1-1 draw in front of their own fans.

Striker Moshin Iajour, who was on twice on target in the first game that ended 3-3, frittered away two good openings late in the game that would have won the game for the home team and eliminated the Cairo Red Devils from this year’s tournament.