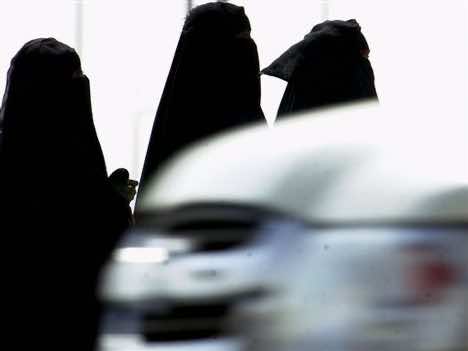 Saudi women have voiced reservations against recruiting housemaids from Morocco as they fear Moroccan women would use black magic to lure their men to marry them.

Some Saudi women urged the Shoura Council to intervene against the reported decision of the Saudi Recruitment Committee, while others threatened to quit their jobs to look after their homes if housemaids from the North-West African country were brought in.

A 32-year-old teacher at a private school told the Arab News that she felt threatened by the news, pointing out that Moroccan women were known for being pliant and willing to adjust to varying situations, and this posed a threat to a working wife who is away from home most of the day.

A housewife told the Jeddah-based newspaper that Moroccan women were known for their black magic and could use it in Saudi households. “It is better to be safe than sorry,” the daily quoted her as saying.

“It all depends on the upbringing of the man,” said a physician and mother of three young children while supporting the initiative to bring in Moroccan workers. She believes threat can come from workers of any nationality.

A 40-year-old housewife sees no harm in the initiative as she believes Saudi women should have confidence in themselves. “If a woman knows how to keep her husband satisfied, nothing can threaten her home.”

“I am against having a live-in domestic helper in general,” said a single lawyer, adding that having a stranger live in anyone’s home is not healthy and can cause many problems, especially in marriages. “It is like bringing in an alien seed and planting it in your garden. No one can predict the outcome, he said.”

A young mother of three has only praise for Moroccan maids as she had employed one for seven years, and she thought it was the best experience. “She was so clean, quiet and kind, and since she left I have been suffering with workers of other nationalities,” she said, adding that at least the maid spoke the same language and understood Saudi traditions.

“It is a ridiculous fear that is without base,” said marriage counselor and psychoanalyst Hany Al-Ghamdi, pointing out that if a man has no respect for his family, nothing will stop him from having an affair and that any concerns about nationality are invalid.

“If there is to be a reasonable analysis, we should ask why Moroccan women know how to attract and keep their men,” she said suggesting that Saudi women who feel threatened should take a closer look at themselves.

“There is no black magic in a relationship between a man and woman. But there is the magic of love, caring and tolerance,” Al-Ghamdi said adding that some women do not know how to understand their men and show tolerance toward them.