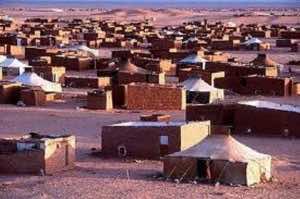 It is unfortunate, said Zighem, speaking at the 18th HRC session, that the Polisario camps continue to be the scene of the most sordid human rights violations, in the absence of any international protection.

He urged, in this respect, the Council to discharge its obligations towards the population sequestered in these camps, calling for an end to these inhumane practice that only linger the suffering and oppression of the camps’ population.

Having himself lived in the camps and was a member of the Polisario, Zighem claimed to have witnessed practices that include forcible confinement, denial of the right of detainees to return to their home areas, embezzlement of humanitarian aid and rejection of the population census.

All these practices, he denounced, take place in a climate of fear that the Polisario militia have spread for over thirty years.

The speaker also said that the population held against their will in the Polisario camps expect the Council to give them a hope for an end to these atrocities and return with their families to Morocco southern region.