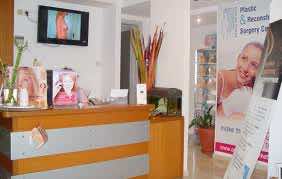 Morocco, which boasts several key advantages over its competitors such as its proximity to Western Europe, is starting to emerge as an important health tourism destination for European patients, the London-based think-tank Oxford Business Group has said.

It stressed that the Kingdom boasts an extensive tourism infrastructure, another key factor in its attractiveness, as is the climate, which is a significant draw for those wishing to combine minor procedures with holiday-style recuperation.

OBG said that the main growth segments in Morocco are procedures such as cosmetic and laser eye surgery and dental implants that are deemed non-essential and would therefore not be reimbursed to a significant degree in Europe.

For example, it noted that cosmetic surgery in Morocco can cost between 30% and 50% less than in Europe.

The country hosts around 80 specialists in the field and 10 specialised clinics, with around 15% of the 14,500 instances of cosmetic surgery that take place annually in Morocco involving foreign patients, it said.

The think-tank pointed out that the dental tourism segment is also fast emerging and is attracting older patients from Francophone European countries such as France, Belgium and Switzerland, in particular, as well as Moroccan immigrants living in Europe.

The “Morocco: Healthy growth” analysis indicated that health care in Morocco is expanding rapidly, thanks in part to the rollout of a new government scheme to extend free coverage to low-income citizens, along with an increase in private investment in elective care facilities to attract medical tourists.

Moreover, it noted that Moroccan per capita health spending has been rising significantly in recent years, growing from $99 in 2004 to $156 in 2009, according to World Bank data.