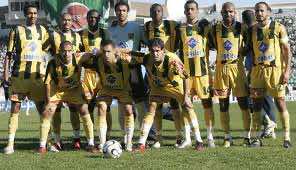 The credentials of CAF Confederation Cup Group B leaders Maghreb de Fes will be tested to the fullest Saturday right before their fans in Fes by Motema Pembe of DR Congo.

Maghreb are top of the group on 11 points, while Motema Pembe and Sunshine Stars of Nigeria have recorded eight points apiece.

Maghreb and Motema Pembe played out a 1-1 draw in Kinshasa when they first clashed in the group series of the Confederation Cup.

Last weekend, the Congolese failed to make the most of playing at home against Sunshine Stars as they were held to a scoreless draw by their guests.

That result has thus boxed them in a corner as they could be sent packing from the competition, if they fail to win in Morocco and Sunshine expectedly beat whipping boys Jeunesse Sportive de Kabylie on Saturday.

Maghreb have extended Morocco’s fine run in Africa’s second club competition after Royal Armed Forces of Rabat won the competition in 2005 and unfashionable FUS of Rabat, also from Morocco, reclaimed it last year.

Reaching the last four of the Confederation Cup will be the club’s biggest international achievement.

They have thus far won their home matches in the group stage – 1-0 vs JSK and also 1-0 against Sunshine Stars.

They have also shown they have firepower as two of their strikers have scored a total of nine goals between themselves – Tarik Sektioui (five goals) and Hamza Abourazouk (four goals).

Motema, on the other hand, recorded an away win at bottom club JSK but lost 2-0 at Sunshine Stars.

The highlight of their international campaign was achieved in 1994 when they won the now defunct African Cup Winners Cup.